What is Channing Tatum's net worth and salary?

Channing Tatum is an American actor, dancer, producer, and model who has a net worth of $80 million. Channing Tatum is consistently a very highly-paid actor and has been the highest paid actor in the world on at least one occasion thanks to an extremely lucrative deal that paid off handsomely for the film "Magic Mike". More info on his Magic Mike payday below but, spoiler alert, Channing earned around $90 million pre-tax (pre-divorce) from the two Magic Mike films. Channing Tatum first gained attention appearing in the romantic comedy based on Shakespeare's "Twelfth Night", called, "She's the Man". He then gained critical attention for his performance in the independent film, "A Guide to Recognizing Your Saints", playing the brooding, troubled best friend of Shia LaBeouf's character. However, it was not until his performance in the surprise hit film, "Step Up", that everyone started to pay attention.

Channing Tatum was born on April 26 1980 in Cullman, Alabama, the son of Kay Tatum and Glenn Tatum (an airline worker and construction builder, respectively). He was raised in a rural setting in the bayous of Mississippi near the Mississippi River. He was active in sports growing up and had trouble with schoolwork due to a diagnosis of ADD and Dyslexia. Tatum attended Gaither High School in Tampa, Florida and Glenville State College in West Virginia on a football scholarship. He later dropped out to return home, where he worked odd jobs. He started as a roofer, and then eventually became a stripper at a local nightclub under the pseudonym Chan Crawford. 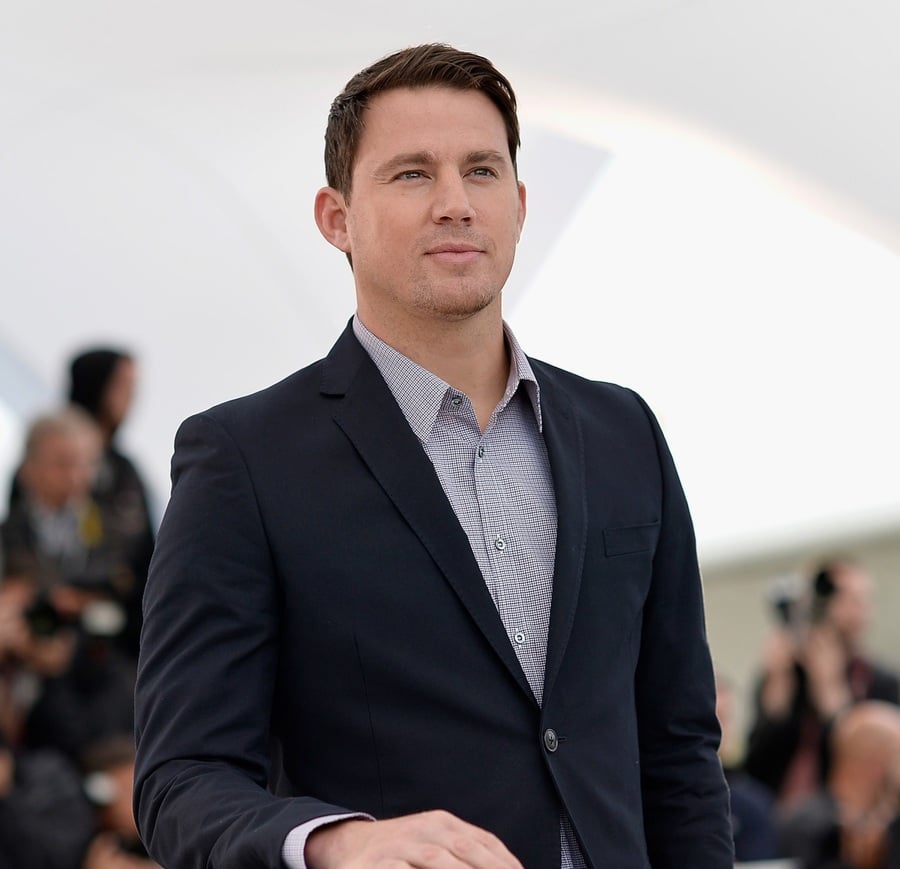 Tatum's first taste of showbiz came when he was cast as a dancer in Ricky Martin's "She Bangs" video in 2000, and was paid $400 for the job. He was discovered by a model talent scout, and was signed with Page 305 Modeling Agency. He began to model for big names like Gap, Armani, Dolce & Gabbana, and Abercrombie & Fitch, and then eventually moved into national TV ads for Mountain Dew and Pepsi in 2002. Tatum signed with Ford Models in New York City and continued to work with them until he began to pursue acting roles.

Channing's first movie role was opposite Amanda Bynes in "She's the Man" (2006). Later that year, Tatum got his breakout role when he starred opposite Jenna Dewan in critically-panned but box office win "Step Up". Between 2006-2009, Tatum appeared in seven films.

He first tried his hand at producing with "A Guide to Recognizing Your Saints", teaming up with Dito Montiel as co-producer. Tatum played the starring role of Sean McArthur, a young hustler who makes a living off scalping tickets in New York City. In early 2012, Tatum made a statement to Details magazine that he wanted to work as a producer of all the films he starred in in the future, as he wanted input from the ground up in creating each film. He and his wife (Jenna Dewan) and Reid Carolin, their production partner, signed a production deal with Relativity Media for any movies developed during that time.

2012 was a huge year for Tatum. He co-starred in Steven Soderbergh's Haywire, starred with Rachel McAdams in The Vow, and co-starred with Jonah Hill in 21 Jump Street. In addition, he played the title role in the critically and audience acclaimed hit Magic Mike, a role that catapulted him to the spotlight. Directed by Steven Soderbergh and co-produced by Tatum, the plot was loosely based around Tatum's eight-month experience working as a male stripper in Florida. The film also starred Joe Manganiello and Matthew McConaughey. They worked within a modest budget of $7 million dollars, and the film went on to be a surprise box-office smash, raking in $167,221,571 worldwide. It was met with overwhelmingly positive reviews and was listed on many critics' top ten lists for the year. Tatum guest-hosted Saturday Night Live that year, and in November 2012 was named People magazine's Sexiest Man Alive. 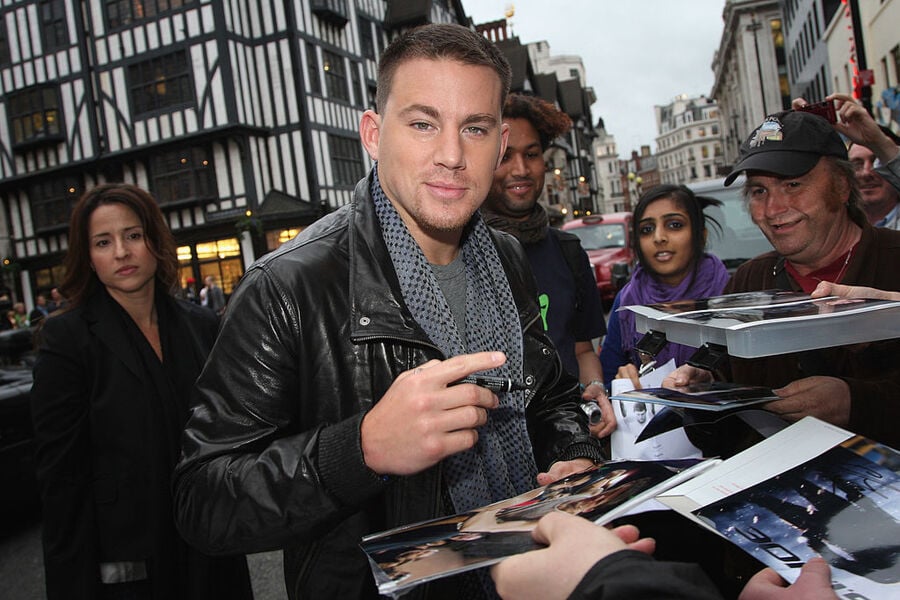 In 2012, Tatum teamed up yet again with Soderbergh to star in "Side Effects" alongside Rooney Mara and Jude Law. He appeared in White House Down, another action movie, in 2013. Tatum reprised his starring role from 21 Jump Street in the successful sequel, 22 Jump Street (2014.) Later in 2014 he starred with Steve Carell in Foxcatcher. The film was nominated for several prestigious awards, including Oscars and a nomination for Best Picture at the Golden Globes. He later reprised his role of Mike in Magic Mike's sequel, Magic Mike XXL, which he also co-produced. In 2015, he starred in epic sci-fi "Jupiter Ascending."

Tatum continues to both act and to have a heavy hand in production. He started two more production companies, 33andOut Productions and Iron Horse Entertainment. He has won more than 20 awards including a People's Choice Award for Favorite Movie Actor in 2016.

Channing took a big risk on the movie Magic Mike. Instead of financing the movie in a traditional system, where a movie studio puts up the money and takes all the profits, Channing and fellow producer Steven Soderbergh financed the $7 million budget themselves and paid Warner Brothers a flat fee to distribute the movie. Magic Mike was a smash hit in terms of box office receipts, streaming and DVD sales. The result was both Channing and Soderberg earning $60 million. The duo earned another $30 million a piece from the second movie.

Channing met Jenna Dewan on the set of Step Up in 2006. They married on July 11, 2009 in Malibu. Their daughter, Everly, was born in London (where the couple had been living during the filming of Jupiter Ascending) in May 2013. In April 2018, after almost 9 years of marriage, Tatum and Dewan announced their separation. Their divorce was finalized in November 2019. Since they were married during some extremely successful years for Channing, Jenna is believed to have been paid a divorce settlement in the $20-30 million range including real estate and ongoing spousal support. 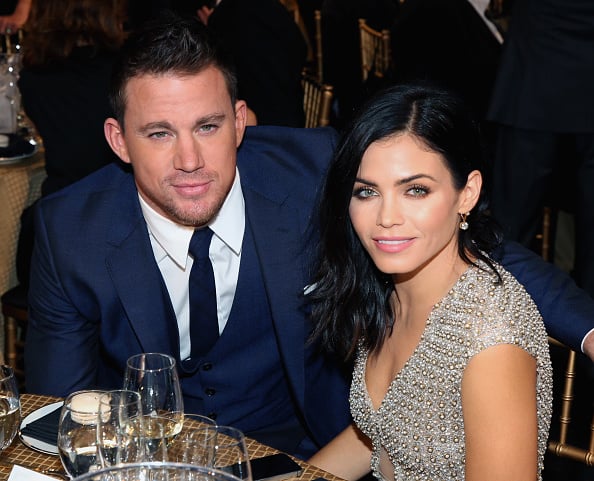 After moving out, Channing rented a home in LA's San Fernando Valley for $25,000 per month. In May 2021 he paid $5.6 million for a home in LA's Brentwood neighborhood.