Chang Chen Net Worth: Chang Chen is a Taiwanese actor who has a net worth of $10 million. Chen was born in October of 1976 in Taiwan. His father Chang Kuo-chu and brother Chang Han are also actors. Starting at a young age, Chang began his film career playing the protagonist of a film in which his father played his character's father.

The four-hour-long, critically acclaimed film was called A Brighter Summer Day. He acted in the 1997 film Happy Together, one of his earlier films. The then appeared as Zhang Ziyi's lover, "Dark Cloud" in the Ang Lee's film Crouching Tiger, Hidden Dragon. In 2005, Chang co-starred with Shu Qi in the film Three Times, which was nominated for the Palme d'Or at the Cannes Film Festival. The movie also won Golden Horse accolades for Best Taiwanese film. Chang was nominated for Best Actor at the festival for this same role. The next year Chang was again nominated for Best Actor for his role in The Go Master, a dramatisation of the life of Wu Qingyuan. He made his Korean film debut with Breath in 2007. He has also appeared as a spokesperson for Lacost, Shiatzy Chen, and Yamaha Motor Company's scooters. 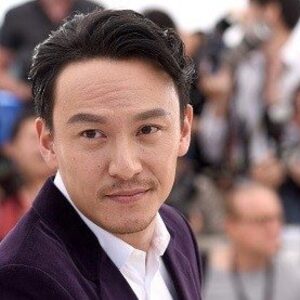