Chandler Massey Net Worth: Chandler Massey is an American actor who has a net worth of $2.5 million. Born Chandler Abit Massey on September 10, 1990, in Atlanta, Georgia, US, he made a name for himself with his portrayal of Will Horton on the daytime soap opera, Days of our Lives. He first dived into acting while he was still studying at the Norcross High School. There, he was an active member in its drama club and thus took part in many of the school productions, including leads in Little Shop of Horrors, One Flew Over the Cuckoo's Nest, Guys and Dolls and How to Succeed in Business Without Really Trying. After graduation, Massey moved to Los Angeles to attend UCLA and embark on a professional acting career. In December 2009, Massey auditioned for the role of Will Horton on NBC's daytime drama, Days of our Lives and got the part. His vivid portrayal of the gay character made him a Daytime Emmy winner in the Outstanding Younger Actor category, both in 2012 and 2013. These wins happened after he was nominated for the first time in the same category in 2011. In addition to Days of our Lives, he has also made guest appearances in several drama series, including One Tree Hill (2003–2012) and Army Wives (2007– ), as well as appearing in the HBO comedy series, Eastbound & Down (2009– ). As for his debut on the big screen, it was in the 2012 comedy 16-Love. 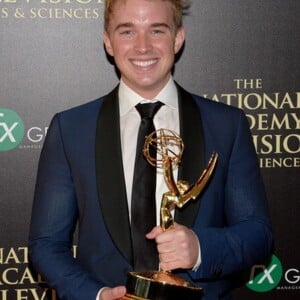