Chad Lowe net worth: Chad Lowe is American actor who has a net worth of $4 million dollars. Born in Dayton, Ohio, Chad Lowe began acting in the early 80s, appearing in various television movies, including "Silence of the Heart" opposite Charlie Sheen, and "Oxford Morning". He also appeared on the television show, "Spencer".

In 1991, he was cast in the role that would bring him lasting fame, as Jesse in the television series, "Life Goes On". He won an Emmy for his work on the show in 1993. Since then, he has gone back and forth between film and television work, appearing in such film productions as, "Highway to Hell", "Driven", "The Audition", and "Unfaithful", and on such television shows as, "Melrose Place", "ER", "Now and Again", "Law & Order: Special Victims Unit", "Star Trek: Enterprise", "Hack", "Without a Trace", "24", "Ghost Whisperer", and "Drop Dead Diva". He is currently appearing on the show, "Pretty Little Liars", and is the voice of Captain Marvel for the animated series, "Young Justice". 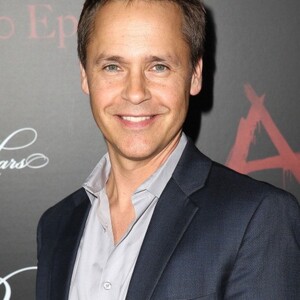