Chad Coleman Net Worth: Chad L. Coleman is an American actor who has a net worth of $1.5 million. Born in Richmond, Virginia, Chad Coleman was an athlete in high school before deciding he'd rather pursue acting. During the mid-'80s, Coleman served in the U.S. Army as a cameraman.

After his discharge in 1989, Coleman began focusing on his acting career, making his on-screen debut in a 1992 episode of "Here and Now" as Roland. He appeared on several episodes of "Law & Order", "Law & Order: Special Victims Unit", "Third Watch", and "New York Undercover" before landing the role of Dennis "Cutty" Wise on the hit HBO drama series "The Wire" from 2004 until 2008. Following the end of the show, Cutty appeared on "Numb3s", "New Amsterdam", "Life on Mars", "CSI: Miami", "Terminator: The Sarah Connor Chronicles", "In Plain Sight", "Lie to Me", "I Hate My Teenage Daughter", and "The Good Wife" before landing the role of Tyreese on the hit AMC show "The Walking Dead". Coleman's film appearances include "New York Cop", "The Gilded Six Bits", "Monday Night Mayhem", "The End of The Bar", "Brother to Brother", "Carlito's Way: Rise To Power", "Boldly Going Nowhere", "The Green Hornet", and "Horrible Bosses". Coleman has lent his voice to several video game characters in "Left 4 Dead 2" and "Resident Evil 6". He was married to his first wife, Sally Stewart, from 1999 until 2010. 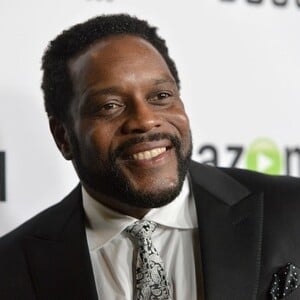