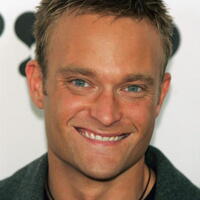 Chad Allen Net Worth: Chad Allen is an American actor who has a net worth of $6 million. Born Chad Allen Lazzari in Cerritos, California, in 1974, Chad Allen started acting when he was young, earning a nod for Best Young Actor: Guest in a Series at the 6th Youth in Film Awards. He starred in "Cutter to Houston" before landing a regular part on "Our House" in 1986. He played David Witherspoon for two years before landing the role of Zach in "My Two Dads". Allen appeared as Matthew Cooper in 147 episodes of "Dr. Quinn, Medicine Woman" from 1993 until 1998. Following the show's end, he acted in "NYPD Blue", "A Mother's Testimony", "Do You Wanna Know a Secret?", "Cold Case", "Criminal Minds", "Charmed", "Terra", "Ice Blues", "CSI Miami", "Dexter", "General Hospital: Night Shift", and "For Better or for Worse". When he was 21 years old, Allen's sexuality made headlines when "The Globe" published pictures of him kissing a man in a hot tub. After his unexpected outing, Allen has become an activist for LGBT rights. He's appeared on several news shows to discuss his platform and is a frequent contributor to "The Advocate" magazine. He has been dating long-time boyfriend, fellow actor Jeremy Glazer.