What is Chace Crawford's Net Worth and Salary?

Chace Crawford is an American actor who rose to stardom when he portrayed the character of Nate Archibald on the teen drama series, "Gossip Girl." He has also starred in a number of other films and television series.

Crawford was born on July 18, 1985 in Lubbock, Texas and named Christopher Chace Crawford, after his father, Chris. His father worked as a dermatologist while his mother, Dana, is a teacher. He also has a younger sister named Candice who went on to become Miss Missouri and competed in the Miss USA pageant. Crawford was raised in a Southern Baptist home.

Crawford attended Trinity Christian Academy in Addison, Texas and graduated in 2003. While in high school, he had worked at Abercrombie & Fitch and also modeled for Hollister. After high school, he attended Pepperdine University where he studied broadcast journalism and marketing. After a few semesters, he decided to drop out to focus on his acting career.


While auditioning for films, Crawford sometimes worked as a car valet in order to make ends meet. At the age of 21, Crawford made his film debut in the supernatural horror-thriller, "The Covenant," as character Tyler Simms. The next year, in 2007, he landed his breakout role – that of Nate Archibald on The CW's teen drama series, "Gossip Girl." The show was based on the novel series of the same name by Cecily von Ziegesar and was broadcast for six seasons from 2007 to 2012. Crawford appeared in all six of the seasons. The show won 18 Teen Choice Awards, with Crawford individually winning several for his portrayal of Archibald.

While on "Gossip Girl," Crawford continued auditioning for other roles. In 2008, he co-starred in the crime thriller, "Loaded," and starred as the lead role in "The Haunting of Molly Hartley." He also appeared as the love interest artist Leona Lewis' music video for the song, "I Will Be." In 2009, "People" magazine named him the Summer's Hottest Bachelor.

Crawford played the lead role, a drug dealer named White Mike, in the film "Twelve" by director Joel Schumacher, which premiered at Sundance Film Festival in 2010. The film was based on the novel of the same name by author Nick McDonell. He was set to play the lead role in the remake of "Footloose" but dropped out after a few weeks of rehearsals, eventually replaced by Kenny Wormald.

In 2011, he appeared in "Peace, Love & Misunderstanding." The next year, he was cast in "What to Expect When You're Expecting" alongside Jennifer Lopez and Kirk Jones based on the book of the same name. He was nominated for a Teen Choice Award for his work.

In 2014, he appeared in the 100th episode of the popular Fox series, "Glee," playing the role of character Quinn Fabray's new boyfriend. He also landed the lead role of Cooper Pollard in the independent comedy, "Mountain Men." In April, he landed the lead role in the psychological thriller, "Eloise," directed by Robert Legato. The film follows four friends who break into an asylum. 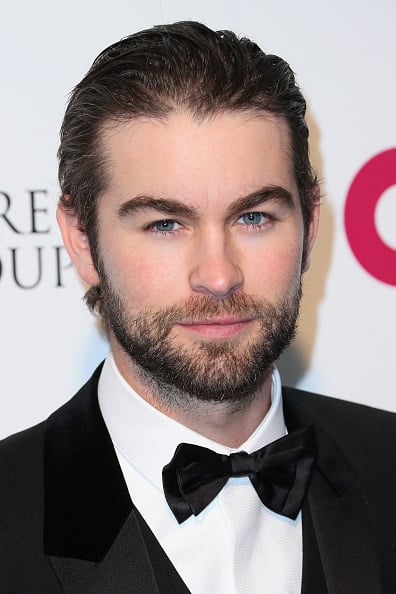 In March of 2015, Crawford was cast in ABC's new primetime soap opera, "Blood & Oil," playing the main role of Billy LeFever. He was nominated for a People's Choice Award in the Favorite Actor in a New TV Series category for his role. However the series was rather short-lived, as it was cancelled after only 10 episodes. In 2016, he was cast in the independent sport comedy-drama film, "Undrafted," which tells the true story of a young baseball player. The also had a small role in the film, "Rules Don't Apply," a film written and directed by Warren Beatty.

In mid-2016, he landed the role in "I Do…Until I Don't" opposite Amber Heard and Ed Helms, written and directed by Lake Bell. He also did a bit of theater, performing one of the roles of the Black List script, "College Republicans," at the Montalban Theater in April. The following year, he joined the cast of the comedy show, "Casual" as the recurring role of Byron. He also appeared in the films "Riptide," "Nighthawks," and "All About Nina."

In 2018, he was cast as the character the Deep in the Amazon Studios adaptation of the comic book series, "The Boys." The show premiered in 2019 and its second season premiered in 2020, with a third season announced for 2022. It has been popular with audiences and critics and has been nominated for and won multiple awards. In 2020, Crawford also appeared in "Inheritance" and voiced a character in the English dub of the Japanese animated film, "Belle."

While filming "Gossip Girl" in from 2007 to 2009, Crawford shared an apartment in Manhattan with co-star, Ed Westwick. Crawford dated country singer Carrie Underwood from 2007 to April of 2008. He was romantically connected to a number of people over the years but wasn't in a confirmed relationship again until 2013 when he began dating Rachelle Goulding, though they broke up the following year. From 2015 until 2018, the dated Rebecca Rittenhouse. Chace's sister, Candice Crawford, is married to former Dallas Cowboys quarterback, Tony Romo. 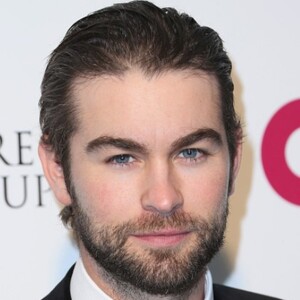