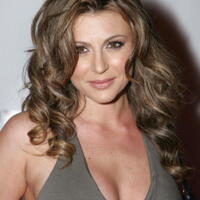 Cerina Vincent net worth: Cerina Vincent is an American actress and writer who has a net worth of $2 million. Cerina Vincent was born in Las Vegas, Nevada in February 1979. She has co-authored the books How to Eat Like a Hot Chick, How to Love Like a Hot Chick, and Live Like a Hot Chick. Vincent also writes a regular column for The Huffington Post. As an actress she starred as Maya / Yellow Galaxy Ranger in the television series Power Rangers Lost Galaxy in 1999. Vincent has also had recurring roles in the TV series Undressed, Power Rangers Lightspeed Rescue, Workaholics, Stay Filthy, Cali, and Stuck in the Middle. Vincent has starred in the films Not Another Teen Movie, Cabin Fever, Murder-Set-Pieces, Intermedio, Conversations with Other Women, It Waits, Sasquatch Mountain, Return to House on Haunted Hill, Everybody Wants to Be Italian, Toxic, Just Add Water, and Kitchen Sink. In 2004 Vincent was nominated for an Academy of Science Fiction, Fantasy & Horror Films Award for Cabin Fever.