Cecilia Suarez net worth: Cecilia Suarez is a Mexican actress and activist who has a net worth of $10 million. She is perhaps best known for being the first woman to receive Mexico's lifetime achievement award in cinema.

Cecilia Suarez was born in Tampico, Tamaulipas, Mexico in November 1971. She was married to Gael Garcia Bernal from 2001 to 2003 and to Osvaldo de Leon from 2009 to 2010. Suarez has received three lifetime achievement awards and was the first Spanish speaking actress to be nominated for an Emmy Award. She works with organizations including the United Nations and the European Union to campaign against femicide as well as violence against women. Suarez starred as Alicia Olmedo on the TV mini-series La casa del Naranjo in 1998. From 2000 to 2001 she starred as Carmina "Mina" Garcia Davila on the TV series Todo por amor. Suarez starred as Anita Lopez on the television series For the People in 2002. In 2020 she starred as Juana Vazquez on the series Locas de amor. Cecilia Suarez starred as Valeria Molia on the TV series Capadocia from 2008 to 2012. She has starred on the TV series El Cesar as Tia Hilda in 2017 and The House of Flowers as Paulina de la Mora starting in 2018. 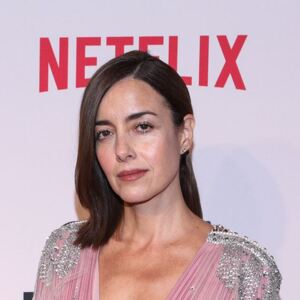