Cecilia Cheung Net Worth: Cecilia Cheung is a Hong Kong actress and singer who has a net worth of $25 million. Cecilia Cheung Pak-Chi was born in Hong Kong in May 1980. At 14 she went to live with her aunt in Australia. In 1998 she appeared in a tea commercial. Her first film appearance came in the movie King of Comedy in 1999.

The same year she starred in Fly Me to Polaris for which she won the Hong Kong Film Award for Best New Performer and was nominated for Best Actress at the Hong Kong Film Awards and the Golden Bauhinia Awards. She also starred in The Legend of Speed, Tokyo Raiders, Help!!!, Old Master Q 2001, The Legend of Zu, Second Time Around, Mighty Baby, The Lion Roars, Love Under the Sun, Cat and Mouse, Running on Karma for which she won Best Actress from the Hong Kong Film Critics Society, Lost in Time for which she won two awards for Best Actress, One Nite in Mongkok, The White Dragon, The Promise, The Shopaholics, My Kung-Fu Sweetheart, The 601st Phone Call, All's Well, Ends Well 2011, Legendary Amazons, Speed Angels, and Dangerous Liaisons. As a Cantopop singer she has released 10 albums. She was involved in a scandal in 2009 when explicit photos of her were found online. Cecilia was married to Nicholas Tse and has two children. 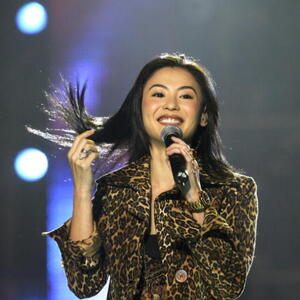