Cathy Silvers net worth and salary: Cathy Silvers is an American actress and author who has a net worth of $1.5 million. Cathy Silvers was born in New York City, New York in May 1961. She is the daughter of actor and comedian Phil Silvers and actress Evelyn Patrick. Cathy Silvers is best known for starring as Jenny Piccalo in the television series Happy Days from 1980 to 1984. From 1985 to 1986 she starred as Molly Dobbs in the TV series Foley Square. Silvers appeared in the film Sgt. Bilko and in the TV movies High School U.S.A., Sam, and Encino Woman. She also appeared in episodes of the TV series 1st & Ten: The Championship, The Love Boat, The Paper Chase, Punky Brewster, Wings, and New York Daze. She provided the voice of Marie Dodo in the film Sesame Street Presents Follow That Bird. Silvers authored the book Happy Days Healthy Living in 2007. 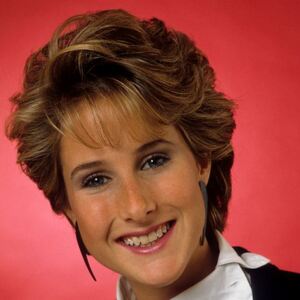