Cathy Cahlin Ryan is perhaps best known for her role as Corrine Mackey on FX's TV drama "The Shield". Ryan is married to the creator of the show, Shawn Ryan. She was three months pregnant with the couple's child when she began filming for the police drama. Later, Ryan's own daughter, Haley, acted as her on-screen daughter on the show. Ryan made her TV debut in a 1992 episode of "Seinfeld" as a hippie girl hanging out in a van. She went on to appear in the 1994 TV movie "Roseanne: An Unauthorized Biography" and in a 2005 episode of "Judging Amy". In 2008, Ryan played Karen in an episode of "The Unit" and later landed the role of Gloria Morales on "Monk". She appeared as Gini Collins in "Redbelt" in 2008 and Linda Parker in "Numb3rs" in 2009. Her other TV and film credits include "Lie to Me", "Family Guy", "Project: Rant", "The Chicago Code", "Justified", and "The Trials of Cate McCall". Her husband is a well-known Hollywood writer and executive producer who has worked on "Nash Bridges", "The Unit", "Terriers", "The Chicago Code", and "Last Resort". 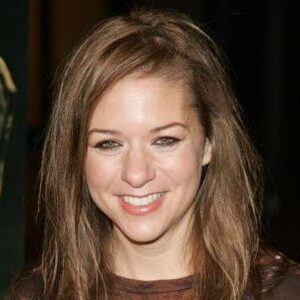