What is Catherine Zeta-Jones' Net Worth and Salary?

Catherine Zeta-Jones is a Welsh actress who has a net worth of $150 million dollars. Though it should be noted that at least half of her net worth is attributable to her combined assets with Michael Douglas. Their combined net worth is $350 million.

After breaking through in London's theatre world, Catherine successfully transitioned to film acting and quickly became one of Britain's most sought-after actresses. She then relocated to the United States and began to make a name for herself in Hollywood. Her undeniable beauty and flirtatious acting style made her a fixture in some of the biggest films during the 90s. That being said, Zeta-Jones has proved that she isn't just a pretty face with a number of excellent acting performances during her career.

Catherine has won considerable praise from critics, and she has been honored with an Academy Award, a Screen Actors Guild Award, a BAFTA Award, and a Tony Award, along with many other nominations. Outside of her acting work, Zeta-Jones is a vocal supporter of various charities, and she has spoken out about her struggle with depression and bipolar disorder.

Catherine Zeta-Jones was born on September 25th of 1969 in Swansea, Wales. Catherine was raised in the suburbs of Mumbles alongside two brothers. Although her father owned a sweet factory, the family had relatively limited income until they won a 100,000-pound prize at a bingo competition. With these additional resources, Catherine's family sent her to a private school and paid for her dance and ballet lessons.

Zeta-Jones began her acting journey at school, performing in stage shows and singing at talent shows. She also became a proficient dancer, and she joined a troupe that often traveled to London. It was here that she began auditioning for theatre roles, and she eventually booked a role as an orphan girl in a West End production of "Annie." During this period, Catherine also became a national tap dancing champion.

By the time Zeta-Jones was 15 years old, she had dropped out of school to pursue an acting career in London. During this period, she also studied musical theatre in an independent art school. By the time Catherine was 17, she had become an understudy for the lead actress in a West End production of "42nd Street." When the two first-choice actresses couldn't perform, she was able to step in and play the role for the next two years.

After additional theatre work in London, Zeta-Jones made her film debut with 1990's "1001 Nights." Although the film became famous for its gratuitous nude scenes, it was not a major success at the box office. She experienced a greater sense of progress after starring in the series "The Darling Buds of May." The show became incredibly popular, and Catherine's star power rose as a result.

Her next two projects were the film "Christopher Columbus: The Discovery" and the television series "The Young Indiana Jones Chronicles." Zeta-Jones then had the misfortune of being cast in a number of lackluster British films, which caused her to leave the UK and search for greater opportunities in Los Angeles. She was also tired of being cast as the "pretty girl," and she had been forced to deal with endless analysis from the tabloids about who she was dating.

Her first roles in the United States were in films like "The Phantom" and the miniseries "Titanic." Spielberg then noticed Catherine and recommended her to Martin Campbell, who promptly cast her as the leading lady in 1998's "The Mask of Zorro." This would prove to be her breakthrough role in Hollywood, and a number of high-profile acting opportunities soon followed. Some of her most famous films throughout the next period included "High Fidelity," "Traffic," (for which she won an Academy Award), "Chicago," "Ocean's Twelve," and "The Legend of Zorro." 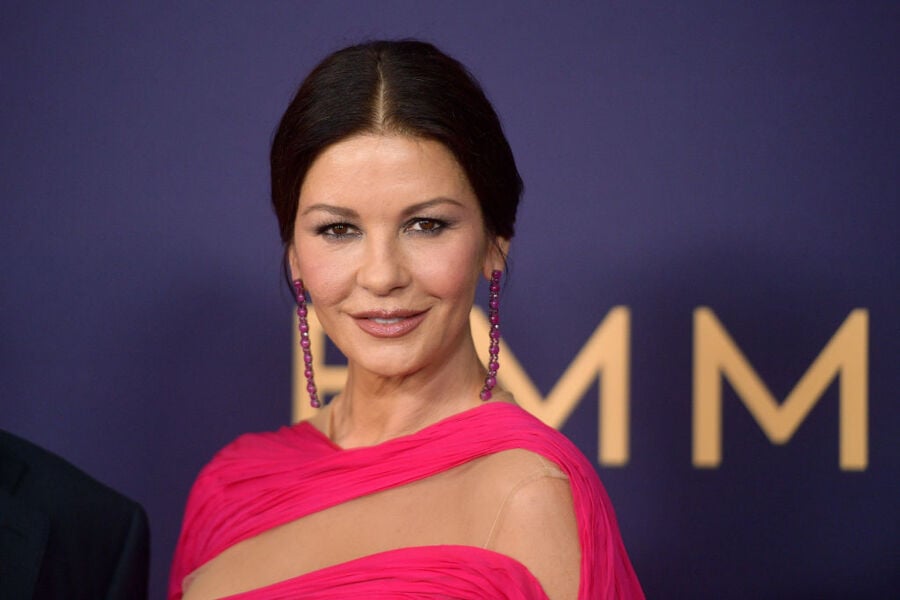 Over the course of her career, Catherine's personal life has been eagerly surveyed and tracked by various media publications. During the early 90s, she was engaged in relationships with celebrities such as John Leslie, David Essex, and Mick Hucknall. Things became more serious in the mid-90s when she was engaged to actor Angus Macfayden, although they eventually broke up.

By far, Zeta-Jones' most noteworthy relationship has been with Michael Douglas. The pair first met in 1998 when they were introduced by Danny DeVito at the Deauville Film Festival in France. After becoming engaged one year later, the pair were married in 2000 – just after Michael Douglas had finalized a divorce. Their wedding allegedly cost 1.5 million pounds, and it was the subject of media frenzy across the UK. When "Hello!" magazine took pictures of the event without permission, Douglas and Zeta-Jones sued them for invasion of privacy.

Over the years, Michael and Catherine have had two children. The family has spent time in Bermuda and New York. Starting in 2010, Zeta-Jones was faced with a number of health concerns, which put a strain on her marriage. After being diagnosed with tongue cancer and bipolar II depression, Catherine chose to live separately from Michael Douglas during 2013. However, in 2014 it was announced that she and Michael had reunited.

A significant portion of Catherine Zeta-Jones' net worth comes from her various brand endorsements over the years. In 2002, she became a global ambassador for Elizabeth Arden, a cosmetics company. Later that year, she signed a contract with T-Mobile for a reported sum of $10 million per year. This was one of the biggest endorsement deals at the time for any celebrity. In 2017, Zeta-Jones launched her own line of home decor items. 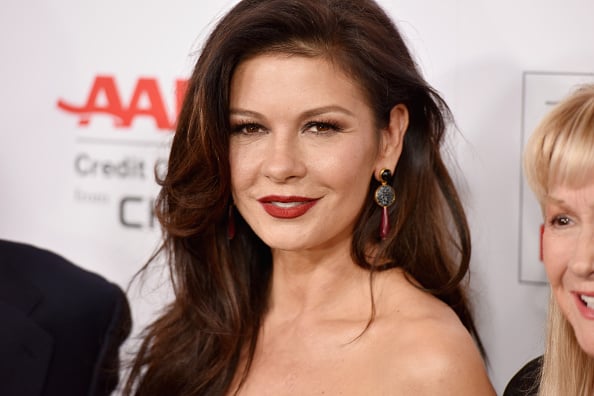 Catherine and Michael own a valuable real estate portfolio with assets around the globe. One of their most impressive properties is a 250-acre estate on the coast of Spain called S'Estaca. Douglas bought this property way back in 1990 for $3.5 million ($6 million in today's dollars). At one point in 2014, they listed the property for sale for $60 million but did not find a buyer. In 2019, Michael re-listed the estate for $32 million. It is legally co-owned by Michael's ex-wife Diandra. Due to a lack of interest from potential buyers, Douglas and Zeta-Jones ultimately removed the property from the market.

Michael and Catherine previously owned a 13-acre property in NY's Westchester County. He bought the property in 2015 for $11.3 million and sold it in 2019 for $20.5 million in an off-market deal. The residence is massive, spanning 15,500 feet and featuring a pool, a tennis court, and a guest cottage. Around the time of the sale, he paid $4.5 million for an 11,000 square-foot home on 12 acres in Irvington, New York. The home also features an indoor pool, a recreation room, and a summer kitchen. As of 2020, the couple owns a large apartment in New York City with impressive views of Central Park.

In 2019 Zeta-Jones and Douglas listed Michael's longtime home in Bermuda for $10.6 million. After it became obvious that no one seemed interested in buying, the couple ultimately took the property off the market. 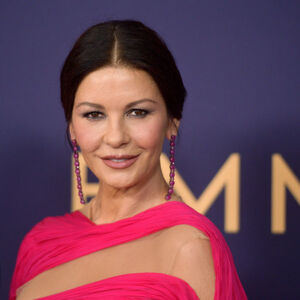