Catherine Hicks net worth: Catherine Hicks is an American actress who has a net worth of $3 million dollars. Born in New York on August 6, 1951, Hicks is best known for playing Annie Camden on 7th Heaven. She can also be seen in movies like Child's Play, Marilyn: The Untold Story, Star Trek IV: The Voyage Home, and the soap opera Ryan's Hope.

She attended St. Mary's College as well as Cornell University and has been active in the entertainment industry since 1976. She received her Masters of Fine Arts degree from Cornell and is currently married to Kevin Yagher and has one child. She began acting in television commercials in 1976, and two weeks after moving to New York, she received her first major television role on Ryan's Hope. She later shared the stage with Jack Lemmon in the Broadway play, Tribute, in 1978. She is an alumna at The Lee Strasberg Theatre & Film Institute and has an award named after her which has been given out at the University of Notre Dame for outstanding work in theatre arts since 1988. She met her husband, Kevin Yagher, on set during the filming of Child's Play, and the couple have one child together by the name of Catie. 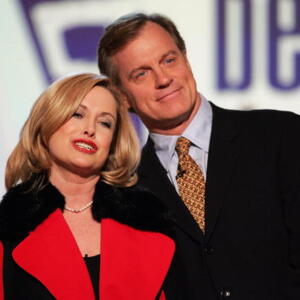