What Is Catherine Bell's Net Worth and Salary?

Catherine Bell was born Catherine Lisa Bell on August 14, 1968, in London, England. Catherine's parents, Mina Ezzati and Peter Bell, divorced when she was 2 years old. Peter came from Scottish heritage and worked as an architect in Iran, and Mina, an Iranian, studied nursing in London. After the divorce, Bell was raised by her mother and grandparents, and they eventually moved to California, settling in the San Fernando Valley. Catherine said of growing up in California, "I am definitely a Valley Girl. I was a tomboy. I liked to skateboard, play football, and push the envelope a little bit." Bell attended Our Lady of Corvallis High School and UCLA. She originally considered a career in the medical field, but after she was offered a modeling job in Japan, she dropped out during her sophomore year.

After returning to the U.S., Catherine decided to try her hand at acting and studied with Milton Katselas at the Beverly Hills Playhouse. She also spent eight years working as a massage therapist at the Peninsula Hotel. Bell made her television debut in 1990 with one line in an episode of the sitcom "Sugar and Spice," then she guest-starred on "True Colors" in 1991 and acted as Isabella Rossellini's nude body double in 1992's "Death Becomes Her." She then appeared in the TV movies "Mother of the Bride" (1993) and "Alien Nation: Body and Soul" (1995) and the film "Men of War" (1994) and guest-starred on "Dream On" (1994), "Vanishing Son" (1995), "Friends" (1995), and "The Naked Truth" (1995). In 1996, Catherine was cast as Lt. Diane Schonke, a character with three lines, on "JAG." After NBC cancelled the show, CBS picked it up and restructured it, adding the character of Sarah MacKenzie, a Marine Corps lawyer. Bell auditioned for and won the role, and she played the character until JAG ended in 2005, appearing in more than 200 episodes of the series. In 2019 and 2020, she reprised her role in three episodes of "NCIS: Los Angeles." 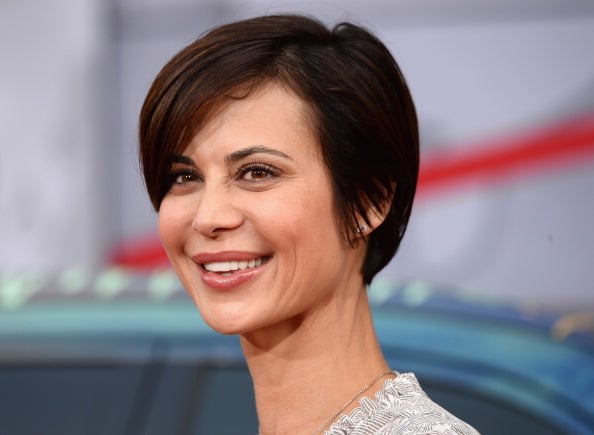 In 2008, Catherine played Cassandra "Cassie" Nightingale for the first time when she starred in the Hallmark Channel movie "The Good Witch." She would go on to play the character in six more TV movies and the series "Good Witch," which ran for 75 episodes. In 2011, Bell appeared in the TV movies "Last Man Standing" and "Good Morning, Killer," followed by 2017's "Home for Christmas Day," "High-Rise Rescue," and "Christmas in the Air," 2018's "A Summer to Remember," and 2020's "Meet Me at Christmas." In 2016,  she appeared in the film "The Bandit Hound" and co-starred with Adam Sandler and David Spade in the comedy "The Do-Over."

Though she grew up Roman Catholic, Bell later became a Scientologist, and in 2006, she appeared in "United," a Scientology music video featuring Jenna Elfman, Isaac Hayes, and Erika Christensen. Catherine married actor/production assistant Adam Beason on May 8, 1994, after meeting on the set of 1992's "Death Becomes Her." The couple welcomed daughter Gemma on April 16, 2003, and son Ronan on August 21, 2010, and they divorced in 2011. In 2012, Bell and her children began living with photographer/party planner Brooke Daniells (a fellow Scientologist). Catherine enjoys skiing, kickboxing, snowboarding, motorcycling, and cross-stitching, and she took flying lessons during the 2007–2008 Writers Guild of America strike.

In 2015, Bell paid $2.05 million for a 3,380 square foot home in the Hidden Hills area of Los Angeles. The home sits on 1.2 acres and includes four bedrooms and three bathrooms. She previously owned a nearly 5,700 square foot Calabasas home, which she sold to professional baseball player Jason Kubel for $1.945 million in 2010. 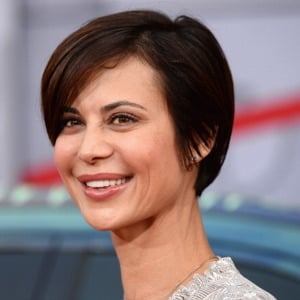