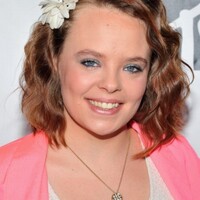 Catelynn Lowell net worth: Catelynn Lowell is reality TV star who has a net worth of $20 thousand dollars. Born in Port Huron, Michigan, Catelynn Lowell is one of a small group of teen mothers chronicled on the MTV series "16 and Pregnant", and its spin-off, "Teen Mom". Unlike many of the other cast members of the series, Ms. Lowell chose to put her daughter up for adoption, and the show has followed how that decision has affected her life. Her stepfather was unhappy with the choice, and did not make her particularly welcome in the home he shares with her mother. The father of her baby, Tyler, is her stepbrother, and she ultimately moves in with his mother. She and her boyfriend, Tyler, later became engaged. The two have been in the headlines again recently, as there are rumors swirling that they are pregnant again. Both say the rumors are untrue, and that they are waiting to finish school before they consider having another child.