What is Cate Blanchett's net worth and salary?

Cate Blanchett is a highly regarded Australian actress who has a net worth of $95 million. She is well known for her diverse roles across both independent and mainstream films. Between August 2017 and August 2018, Cate earned $13 million which was enough to make her one of the 10 highest paid actresses in the world.

Cate Blanchett was born on May 14, 1969 in Melbourne, Australia. Cate's mother was a property developer and her father was an American Navy officer. Cate's parents met when his ship was briefly stationed in Melbourne. Sadly, her father died of a heart attack when Cate was just 10 years old. After high school, she studied economics and fine arts at the University of Melbourne, but dropped out after one year to travel the world. While in Egypt, she was asked to work as an extra in the Egyptian boxing movie "Kaboria." After her travels, she moved to Sydney and enrolled at the National Institute of Dramatic Art and graduated in 1992 with a Bachelor of Fine Arts.

Cate's acting career started out on stage in Sydney in the 1992 David Mamet play "Oleanna."  She landed her first feature film role in 1997 when she played a supporting role in "Paradise Road." Cate has since gone on to have an incredibly successful and prolific career. Her first leading role was in the 1997 film "Oscar and Lucinda." She received dozens of awards for her critically acclaimed role as Queen Elizabeth I in the 1998 movie "Elizabeth." This film helped propel her to stardom. From this point on, film roles began to pour in. In 1999, Cate starred opposite Matt Damon in "The Talented Mr. Ripley," for which she received her second BAFTA nomination.

Blanchett received dozens of new fans and accolades when she starred in "The Lord of the Rings" in all three films. In 2005, she finally won her first Oscar for Best Supporting Actress for her role in the movie "The Aviator." She next starred in the critically acclaimed "Little Fish," which was nominated for 13 Australian Film Institute Awards. Blanchett then appeared in David Fincher's "The Curious Case of Benjamin Button" where she co-starred with Brad Pitt for a second time. In 2006, Blanchett starred in "Babel," which received seven Academy Award nominations. Blanchett found herself on Time Magazine's 100 Most Influential People in the World in 2007. Later that year, she reprised her role as Queen Elizabeth I in the sequel: "Elizabeth: The Golden Age" and received two Oscar nominations for her performance. She also appeared in "I'm Not There" that year.  In 2008, she was inducted into the Hollywood Walk of Fame. In 2009, Blanchett returned to the stage when she starred in the Sydney Theatre Company production of "A Streetcar Named Desire," for which she received wide praise and won the Sydney Theatre Award for Best Actress in a Leading Role.

In 2010, she appeared in Ridley Scott's war film "Robin Hood." She then returned to the stage and appeared in two Sydney Theatre Company productions, for which she won more awards. In 2013, Blanchett played a leading role in Woody Allen's "Blue Jasmine," which was described by many critics as her best performance yet to that point in her career, even surpassing her acclaimed reviews in "Elizabeth." Her performance earned her more than 40 industry and critic awards, including the Oscar for Best Actress. In 2015, Blanchett starred in five films: "Knight of Cups," "Cinderella," "Carol," "Truth, and "Manifesto."

In 2017, she made yet another appearance on the Sydney Theatre Company stage when she starred in "The Present." The play transferred to Broadway later that year, thus marking her Broadway debut. Her performance was well received and garnered her a Tony Award nomination for Best Actress in a Play, along with two Drama League award nominations. Up next, she portrayed the villain Hela in the Marvel film "Thor: Ragnarok," directed by Taika Waititi. In 2018, she starred in Ocean's 8, the all-female spin-off of the Ocean's Eleven franchise. That year, Forbes estimated her annual earnings to be around $12.5 million, thus ranking her the eighth highest paid actress in the world. In 2019, she starred in "Where'd You Go, Bernadette," and received her tenth Golden Globe nod for her performance. 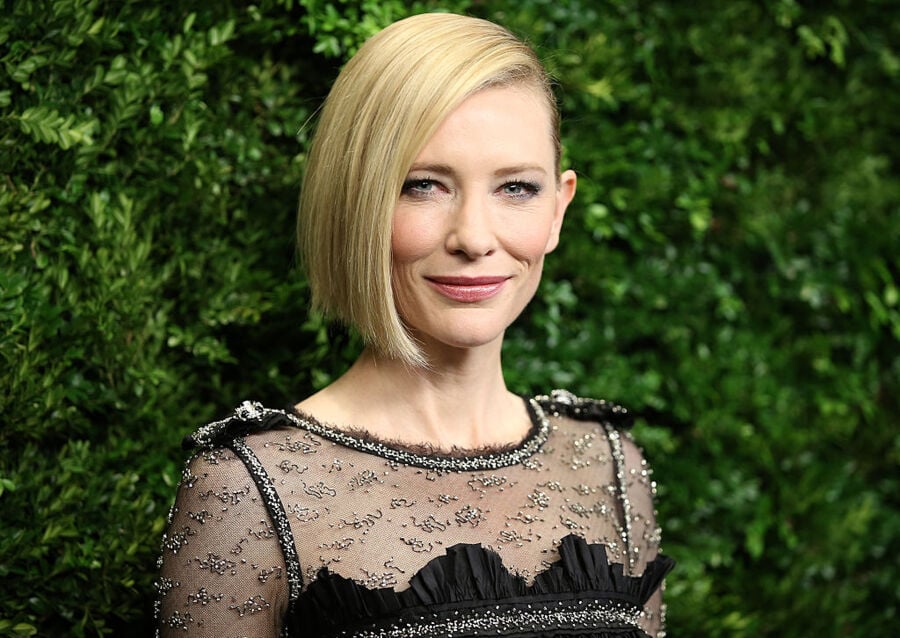 In 2020, Blanchett made a shift to the small screen when she starred in two miniseries, the Australian drama series "Stateless" and the FX/Hulu historical drama miniseries "Mrs. America" in which she portrays conservative activist Phyllis Schlafly. The series debuted in the U.S. in April 2020 to much critical acclaim. Blanchett was nominated for an Emmy for Best Actress in a Limited Series for her role, losing to Regina King.

Cate has been married to Australian playwright Andrew Upton since 1997. Together they have three children. For five years the couple served as the co-artistic directors of the Sydney Theater company.

The family's home base was in Brighton, England for ten years before they moved back to their native Australia in 2006. Upon moving to Sydney they paid $7 million for a mansion in the north shore suburbs. They subsequently spent an additional $5 million to acquire a neighboring property and then renovate the combined double lot. They listed the home for sale in September 2015 for $14.7 million. Two years later they sold the home for $13 million. Here's a video tour of the property from when it was put on the market several years later by a different owner:

They decided to leave Australia their time as co-creative directors of the Sydney Theater Company ended in 2015. They subsequently moved to England where they paid $4 million for a home in East Sussex.

Blanchett has spoken out over the years about her staunch support of feminism and women's rights. Blanchett is a patron and ambassador of the Australian Film institute and its academy, the Australian Academy of Cinema and Television Arts. Cate is also a patron of the Sydney Film Festival and the developmental charity SolorAid. She joined the Climate Project in 2006 and in 2007 became an ambassador for the Australian Conservation Foundation. She was made an honorary life member of the foundation in 2012. In 2014, Blanchett took part in the Green Carpet Challenge. In 2016, the United Nations High Commissioner for Refugees announced they had appointed Blanchett as a global Goodwill Ambassador. 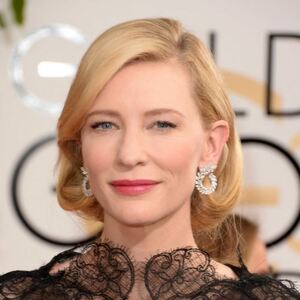