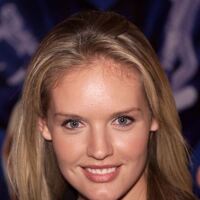 Cassidy Rae net worth: Cassidy Rae is an American actress who has a net worth of $2 million. Cassidy Rae was born in Clermont, Florida in June 1976. In 1994 she had a recurring role in the television series Melrose Place as Sarah Owens. Rae also starred as Sarah Owens in the TV series Models Inc. From 1998 to 1999 she starred as Trudy Trucker in the series Hyperion Bay. Rae has starred in the movies Evolver and Extremedays. She has also appeared in episodes of the TV series Clarissa Explains It All, Angel Falls, Days of Our Lives, The Byrds of Paradise, The Single Guy, Brutally Normal, Just Shoot Me!, Rude Awakening, and Zoe, Duncan, Jack & Jane. Rae was discovered by a talent agent at 14 years old and acted in commercials in addition to modeling.