Cassidy Freeman Net Worth: Cassidy Freeman is an American actress and musician who has a net worth of $3 million. Cassidy Freeman was born in Chicago, Illinois in April 1982. She is best known for playing Tess Mercer in the television series Smallville. She is the youngest of three children and her brother Crispin Freeman is a voice actor.

Cassidy graduated from The Latin School of Chicago and Middlebury College. Her first roles came in the shorts Razor Sharp and Clock in 2006. Freeman appeared in episodes of Cold Case and CSI: Crime Scene Investigation. In 2010 she starred in the film Yellowbrickroad. From 2008 to 2011 Freeman starred as Tess in The CW series Smallville. She had recurring roles in The Playboy Club and The Vampire Diaries. Starting in 2012 Cassidy played the part of Cady Longmire on the A&E crime drama Longmire. Cassidy and her brother Clark are in the band The Real D'Coy and she plays piano and sings. She is a member of the "Heal the Bay" charity. She is scheduled to star in the upcoming film Don't Look Back. 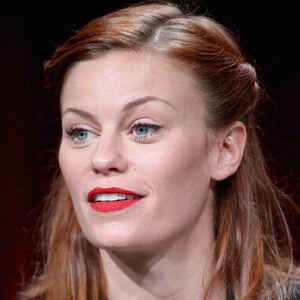