Caspar Lee net worth: Caspar Lee is a British-South African YouTube personality, actor, and vlogger who has a net worth of $3 million. Caspar Lee was born in London, England in April 1994. He started his self-titled YouTube channel in 2011 and now has more than five million subscribers and 430 million video views.

In addition, Lee's second YouTube channel "morecaspar" has more than one million subscribers and 50 million view videos. Yahoo! News named Lee one of "12 Web-savvy entrepreneurs to watch" in 2013. He was diagnosed with Tourette syndrome at six year olds and was nominated for a Nickelodeon Kid's Choice Award for UKs Favorite Vlogger in 2015. He has appeared in episodes of the TV series The Crew and Web Therapy and starred in the films Spud 3: Learning to Fly, The SpongeBob Movie: Sponge Out of Water (voice), and Joe and Caspar Hit the Road. 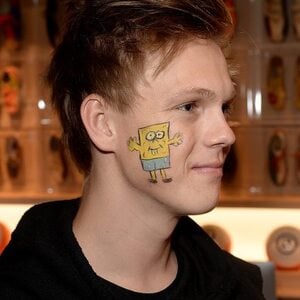