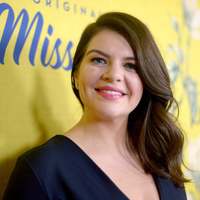 Casey Wilson is an American actress, comedian, and screenwriter who has a net worth of $2 million. She is best known for starring as "Penny Hartz" in the ABC comedy series, Happy Endings, and for her Sundance film, Ass Backwards, which is a female buddy comedy she co-wrote and stars in with her creative partner, June Diane Raphael. She currently appears in the Hulu original series The Hotwives of Orlando and in the upcoming sitcom Marry Me on NBC. Casey Wilson was born in 1980 and raised in Alexandria, Virginia, along with her younger brother, Fletcher Todd Wilson, a medical device engineer. Wilson's parents both worked in politics, she credits her politically opposed parents (her mother was a Democrat, her father a Republican) in shaping her sense of humor while growing up, "having no choice but to hone a well-developed sense of humor in a blue-state/red-state, forever-clashing political household", as she put it. She studied theater at New York University's Tisch School of the Arts and at the Stella Adler Studio of Acting where she was a recipient of NYUs "Excellence in Acting" award when she graduated in 2002. Wilson started her comedy career writing and performing with the Upright Citizens Brigade Theatre (UCB) in New York and later in Los Angeles. As a film actress, Wilson made her debut as an acting student in the final scene of the 2006 film, For Your Consideration. She has since appeared in such films as Julie & Julia, C.O.G., Claire's Cambodia, The Guilt Trip, Killers, The Brothers Solomon, Freak Dance, The Great Buck Howard, as well as the short film Derek & Simon: A Bee and a Cigarette. Wilson made her first major television appearances with a two-season stint as a cast member on Saturday Night Live from 2008 to 2009, and continues to build a lucrative career across both television and big screen genres. Wilson is a frequent contributor to the popular humor website Funny or Die, writing and starring in many viral videos for the site, including a series of political parodies where she plays "Callista Gingrich".