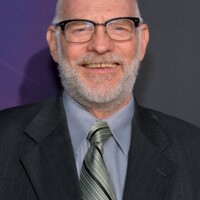 Casey Sander Net Worth: Casey Sander is an American actor who has a net worth of $400 thousand. Casey Sander was born in Washington, D.C. in July 1956. Sander was drafted by the California Angels of Major League Baseball. After an unsuccessful season he was released. He attended the University of Puget Sound and acted in plays. He worked as a shipyard hand, bartender, car dealer, and log-cabin builder before starting his acting career. Sander became the Winston man for Winston Cigarettes. He now has over 120 acting credits to his name. Sander first appeared on the TV series The Fall Guy in 1982. He had a recurring role on the series Jake and the Fatman from 1987 to 1988. From 1993 to 1998 Sander starred as Wade Swoboda on the television series Grace Under Fire. He had a recurring role as Rock Lannigan on the TV series Home Improvement from 1991 to 1999. Sander starred as Grandpa on the TV series Marvin Marvin from 2012 to 2013. Since 2012 he has had a recurring role as Mike Rostenkowski on the series The Big Bang Theory.