Early Life: Caleb Casey McGuire Affleck-Boldt was born in Falmouth, Massachusetts on August 12, 1975. He is the younger brother of actor, director, and screenwriter Ben Affleck. Their parents, Chris Boldt and Timothy Affleck, divorced when Casey was 9. Chris was friends with a local casting director and scored the boys auditions and parts as movie extras. However, it wasn't until high school that Casey became devoted to acting. His high school theater teacher at Cambridge Rindge and Latin School encouraged him to pursue that path. Affleck has said that he would never have become an actor if not for the inspirational teacher.

Early work: Casey worked on several local commercials as a kid. He appeared in the TV movie "Lemon Sky" in 1988 and miniseries "The Kennedys of Massachusetts" in 1980. Casey later related that those roles weren't very important to him as he didn't consider acting as a career until several years later.

Casey's first movie role was after high school in the 1995 movie "To Die For," directed by Gus Van Sant. It was while working on this movie that Casey began a longtime friendship with actor Joaquin Phoenix. In 1996, Casey had a part in the drama "Race the Sun," which he described as a disappointing experience.

Affleck's next movie was "Good Will Hunting," which was co-written by his brother Ben and childhood friend Matt Damon. Casey's role was small but well-received. The movie gained widespread acclaim, but it didn't launch Casey's career quite like it did Ben's. Casey then had a small role in the 1997 movie "Chasing Amy," in which his brother had the leading role.

Following the successes of "Good Will Hunting" and "Chasing Amy," Casey acted in a number of movies that failed to achieve much commercial or critical success. They included "Desert Blue," "200 Cigarettes," "Drowning Mona," "Attention Shoppers," and "Soul Survivors."

Affleck's career experienced an uptick after his supporting role in "Ocean's Eleven," which he also played in "Ocean's Twelve" and "Ocean's Thirteen." The films were a huge success and Casey gained a bit more attention from fans and critics alike.

Critically Acclaimed Roles: Casey scored his first leading role in the independent film "Lonesome Jim" (2006), co-starring Liv Tyler and directed by Steve Buscemi. But the following year would bring his true breakthrough when he starred in two major movies, "The Assassination of Jesse James by the Coward Robert Ford" and "Gone, Baby, Gone," the latter of which was directed by his brother, Ben. Neither film was a box office success, but they displayed Casey's strengths as a performer.

Casey Affleck's role in "The Assassination of Jesse James by the Coward Robert Ford" gained him critical acclaim, with several critics calling his performance "a revelation." He was nominated for several major awards for the memorable role.

"Gone, Baby, Gone" brought even more praise. Reviewers lauded Affleck's performance as a private investigator tasked with finding a missing four-year-old girl. Many believe this to be Casey Affleck's true breakout role, the one in which he proved his considerable acting talent.

"I'm Still Here": Affleck's directorial debut was the self-funded 2010 mockumentary "I'm Still Here," starring his then-brother-in-law, Joaquin Phoenix. During filming, there was much public speculation that Phoenix's bizarre public behavior and appearance represented a personal breakdown, though it was later revealed to be a long-term, immersive performance. The reception was almost universally negative; critics called the film everything from "boring" to "torturous to watch."

Career Successes: Casey's first role following the poor reception of "I'm Still Here" was in "Ain't Them Bodies Saints" with Rooney Mara. He accepted the role partly because it would allow him to portray a "much better person" than the assassins and murderers he'd played in previous roles. His performance received generally positive reviews.

His next starring role was in the 2013 film "Out of the Furnace" opposite Christian Bale. He delivered a heart-wrenching performance as an Iraq War veteran struggling with post-traumatic stress disorder. Affleck was again complimented for his intensity and depth as a performer.

Casey Affleck's most commended role was in 2016's "Manchester by the Sea," in which he played a troubled alcoholic. His performance gained the enthusiastic approval of critics, some of whom even proclaimed Affleck one of the best actors of his generation.

Awards and Accolades: Affleck won an Oscar, a BAFTA Award, a Golden Globe, and a Critics' Choice Award – all for Best Actor – for his impressive performance in "Manchester by the Sea." He received several nominations for his turn in "The Assassination of Jesse James by the Coward Robert Ford," but achieved no major wins.

Personal Life: Casey began dating Summer Phoenix, Joaquin's sister, in 1999. They were engaged in 2004 and married in 2006. The couple has two sons, Indiana and Atticus. Affleck and Phoenix separated in 2015 and divorced in 2017.

Casey Affleck, like his brother Ben, has struggled with alcoholism. In 2016, he said in an interview that he had been sober for almost three years.

Casey is a dedicated animal rights advocate. A vegan since 1995, Affleck has worked with the organizations PETA and Farm Sanctuary.

Summary: Casey Affleck is an Oscar-winning actor and director with a net worth of $20 million. He has appeared in films including "Good Will Hunting," "Ain't Them Bodies Saints," "Out of the Furnace," and "Manchester by the Sea" and directed the mockumentary "I'm Still Here." He is the younger brother of actor Ben Affleck and ex-husband of actress Summer Phoenix. Casey Affleck's net worth is $20 million 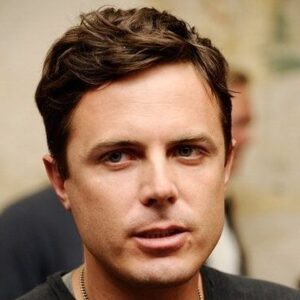