Cary-Hiroyuki Tagawa net worth: Cary-Hiroyuki Tagawa is a Japanese-American actor, martial artist, stuntman, and sports physiologist who has a net worth of $20 million. Cary-Hiroyuki Tagawa was born in Tokyo, Japan in September 1950. In 1996 he starred as Lt. A.J. Shimamura in the television series Nash Bridges. He has had recurring roles in the TV series Raven, Space Rangers, Thunder in Paradise, Heroes, Beyond the Break, Hawaii Five-O, Revenge, and Mortal Kombat.

He has also starred in the movies The Last Emperor, Spellbinder, Twins, License to Kill, Kickboxer 2: The Road Block, Showdown in Little Tokyo, American Me, Nemesis, Rising Sun, Mortal Kombat, Soldier Boyz, The Phantom, Danger Zone, Top of the World, Vampires, American Dragons, The Art of War, Pearl Harbor, Planet of the Apes, Memoirs of a Geisha, Teen Titans; Trouble in Tokyo, Balls of Fury, Tekken, 47 Ronin, Tekken 2: Kazuya's Revenge, and The Man with the Iron Fists 2. Tagawa has also provided the voice of Sin Tzu in the video game Batman: Rise of Sin Tzu. In 2015, Cary-Hiroyuki Tagawa began appearing as a main cast member of the Amazon series The Man in the High Castle. In 2018 he began appearing in the Netflix reboot of Lost in Space. 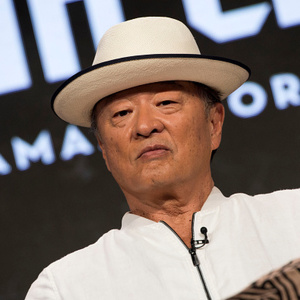