What is Cary Elwes's Net Worth and Salary?

Cary Elwes is an English actor who has a net worth of $6 million. Cary Elwes is best known for his performances in such films as "The Princess Bride," "Days of Thunder," "Twister," "Liar Liar," and "Saw" and its sequels. He has also appeared on television in such series as "The X-Files," "Life in Pieces," and "Stranger Things." Among Elwes's plethora of other credits are the films "Cradle Will Rock," "Shadow of the Vampire," "Ella Enchanted," and "No Strings Attached."

Cary Elwes was born as Ivan Simon Cary Elwes on October 26, 1962 in London, England. He is the youngest of three sons of interior designer Tessa and painter Dominic; his siblings are Damian and Cassian. He also had a younger sister named Milica who passed away in 2021. Elwes is of Irish, Scottish, English, Serbian, and Croatian-Jewish descent. Brought up Roman Catholic, he was an altar boy at Westminster Cathedral. When Elwes was four, his parents divorced, and his mother subsequently got remarried to American film producer Elliott Kastner. Later, when he was 13, his father killed himself. Elwes attended Harrow School growing up, and then went to the London Academy of Music and Dramatic Art. In 1981, he moved to the United States to study acting at Sarah Lawrence College in New York. Additionally, Elwes studied acting at the Actors Studio and the Lee Strasberg Theatre and Film Institute.

As an adolescent, Elwes worked as a production assistant on such films as "Octopussy" and "Superman." In 1979, he appeared as a disco dancer in the film "Yesterday's Hero." Elwes had his first real acting role in 1984, when he played a gay student in the romantic historical drama "Another Country." The same year, he appeared in the Rob Lowe sports film "Oxford Blues." In 1985, Elwes had a supporting role in the horror film "The Bride," based on the Mary Shelley novel "Frankenstein."

Elwes had his first leading role in 1986, starring opposite Helena Bonham Carter in the romantic period film "Lady Jane." However, his big breakthrough came the next year, when he starred in both "Maschenka" and "The Princess Bride." It was the latter film, a fantasy adventure comedy directed by Rob Reiner, that launched him to international fame. In the film, based on the eponymous William Goldman novel, Elwes played stable boy-turned-swashbuckler Westley opposite Robin Wright as Buttercup. Following this, he played Major Cabot Forbes in the historical war drama "Glory." 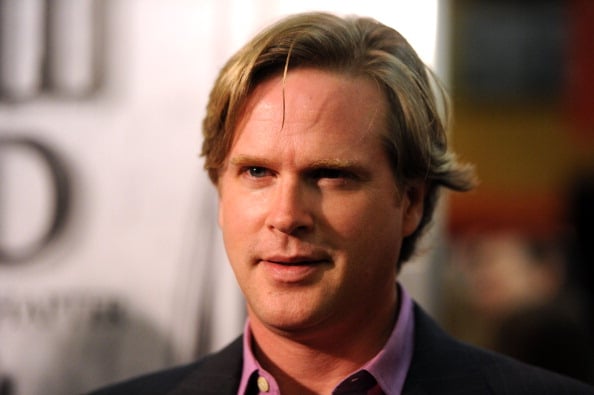 In the early 90s, Elwes had roles in a variety of films, including the sports action drama "Days of Thunder"; the comedy spoof "Hot Shots!"; the Gothic horror film "Bram Stoker's Dracula"; and "Leather Jackets." In 1993, he starred in two films: the Mel Brooks adventure comedy "Robin Hood: Men in Tights" and the psychological thriller "The Crush." Elwes subsequently had supporting roles in "The Jungle Book," "The Chase," "Twister," "Kiss the Girls," and "Liar Liar." He closed out the decade portraying famous film and theater producer John Houseman in Tim Robbins's historical drama "Cradle Will Rock."

Beginning the new millennium, Elwes appeared in "Shadow of the Vampire," "The Cat's Meow," and "Wish You Were Dead." In 2004, he was in three films: "Ella Enchanted," "American Crime," and "Saw." The latter film was a box-office smash, spawning multiple sequels. Elwes reprised his role as Dr. Lawrence Gordon in "Saw II," "Saw III," and "Saw 3D." He appeared in numerous other films throughout the 00s, including "Edison Force," "Neo Ned," "Georgia Rule," "The Alphabet Killer," and "A Christmas Carol." The next decade, Elwes was in such films as "Flying Lessons"; "No Strings Attached"; "New Year's Eve"; "Hellgate"; "The Oogieloves in the Big Balloon Adventure"; "The Citizen"; "Being Charlie"; "Lost & Found"; "Sugar Mountain"; and "Billionaire Boys Club." He also cowrote and produced "Elvis & Nixon" in 2016. Elwes's later credits include "A Castle for Christmas" and "Operation Fortune: Ruse de Guerre."

On the small screen, Elwes made his debut in a 1996 episode of "Seinfeld." Two years later, he starred in the HBO television film "The Pentagon Wars" and appeared in the HBO miniseries "From the Earth to the Moon." Elwes also lent his voice to episodes of the animated series "Pinky and the Brain" and "Hercules." In the early 2000s, he was in the television films "Race Against Time" and "Uprising," and had a notable recurring role as FBI Assistant Director Brad Follmer in the final season of "The X-Files." Next, Elwes gave an acclaimed performance in the television film "The Riverman," portraying serial killer Ted Bundy. He went on to appear in two more television films over the next two years: "Pope John Paul II" and "Haskett's Chance."

From 2009 to 2014, Elwes had a recurring role on "Psych." During this time, he also appeared in episodes of "Leverage" and "Perception," and was in the television film "The Anna Nicole Story." Elwes subsequently had recurring roles on "Granite Flats" and "Family Guy," and a main role on the Crackle streaming series "The Art of More." His other notable credits include recurring roles on "Life in Pieces," "Youth & Consequences," "Stranger Things," and "The Marvelous Mrs. Maisel."

In 1997, Elwes got engaged to photographer Lisa Marie Kurbikoff, whom he had met six years earlier at a chili cook-off in Malibu. The couple married in 2000, and have a daughter named Dominique. 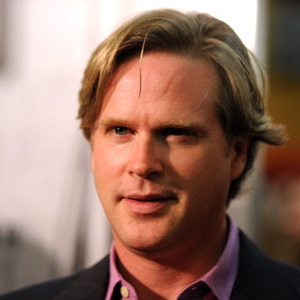