What was Carroll O'Connor's Net Worth and Salary?

Carroll O'Connor was an American actor, producer, and director who had a net worth equal to $25 million at the time of his death in 2001. He most recognized for his roles in the television shows "All in the Family," "Archie Bunker's Place," and "In the Heat of the Night."

Carroll O'Connor was born John Carroll O'Connor on August 2nd, 1924 in New York City. His father was a lawyer, and his mother was a homemaker. He was of Irish decent and had two brothers. He grew up in Queens and attended Newtown High School in Elmhurst, Queens. After graduating high school, he enrolled in Wake Forest University in North Carolina. When the United States entered World War II, he dropped out of college and tried to join the Navy. He was rejected, so he enrolled in the US Merchant Marine Academy and served as a US Merchant Marine during the war.

After his military service ended in 1946, he attended the University of Montana and began working at the student newspaper, the "Montana Kaimin." He participated in school theater productions and was a member of the Sigma Phi Epsilon fraternity. He left the university without completing his degree and moved to Ireland to help his younger brother get into medical school. In Ireland, he completed his degree the University College Dublin where he studied Irish history and English literature.

O'Connor had acted in theater productions while in New York and Dublin during the 1950s, but his breakthrough role was in the Broadway adaption of the James Joyce novel "Ulysses." He made his television debut in 1960 with two appearances on the show "Sunday Showcase," and in addition to several other minor roles on television, he was featured in four episodes of the show "Armstrong Circle Theater."

He made his film debut with a minor role in the drama "A Fever in the Blood." Throughout the sixties, he made numerous minor and guest appearances on television and film. In television, he had roles on the shows "The Americans," "The Untouchables," "The Outer Limits," "The Dick Powell Theatre," "Voyage to the Bottom of the Sea," "Mission: Impossible," and "The Magical World of Disney." He was in the films "Lonely Are the Brave," "Cleopatra," "In Harm's Way," "What Did You Do in the War, Daddy?," "Death of A Gunfighter," and "Marlowe." By the end of the decade, O'Connor had moved to Italy, and producer Norman Lear asked him to come back to New York and star in the television series "Justice for All." O'Connor signed on to play the role of Archie Justice. After several pilot episodes had been shot, the network producing the show changed to CBS, and they changed the show's name to "All in the Family" and the main character's name to Archie Bunker. 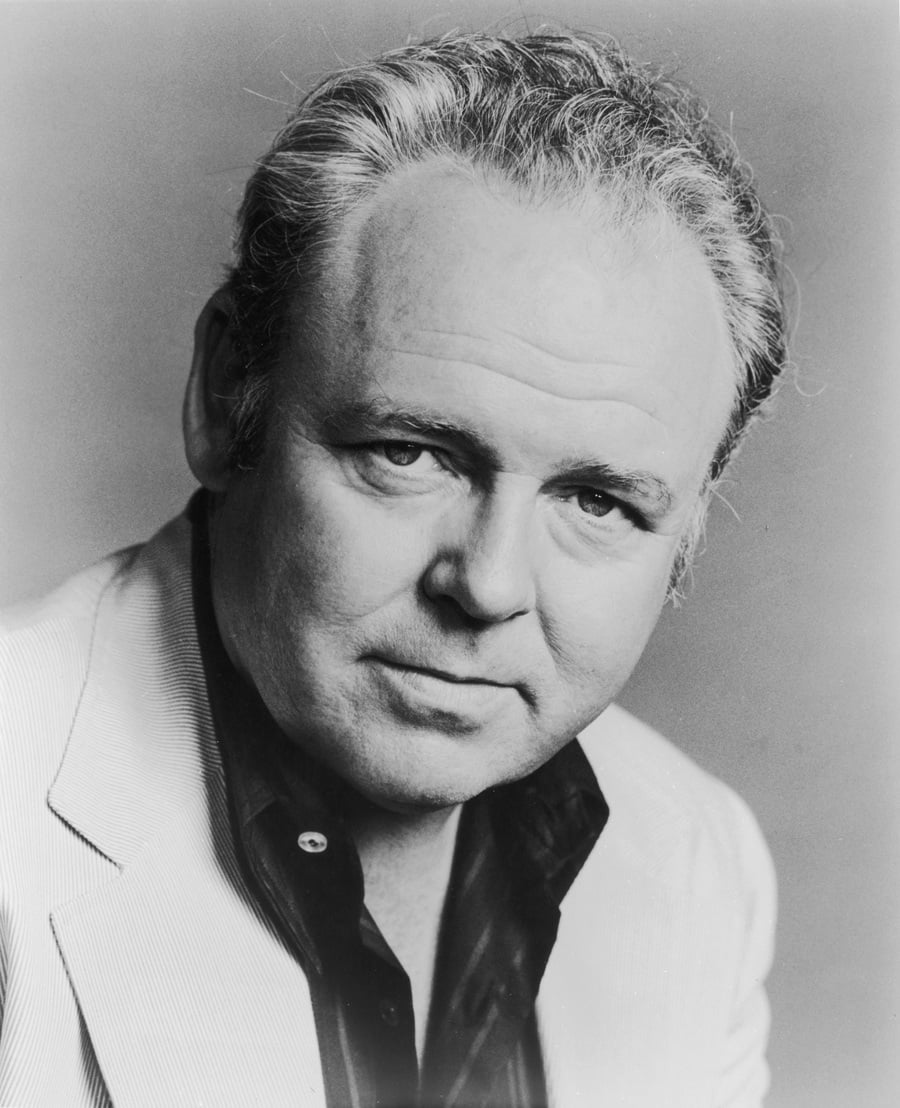 When O'Connor accepted the role of Archie Bunker in the sitcom "All in the Family," he did so believing that the show would fail and that he would be able to return to Italy within a few years. He even made it a stipulation in his contract that the studio would pay for his return flight. The series premiered in January of 1971 and lasted nine seasons. It was the most popular television shows in the US for five consecutive years based on Nielsen ratings. The show followed a closed-minded working-class father, Archie, and his family. The series was both set and filmed in Queens, New York. It was notable because of the controversial topics that were previously considered too taboo for television, and it was able to present these topics without losing its comedic focus. During its nine-year run, the show won twenty-three Emmy Awards and was nominated for another fifty-seven. For his work on the show, O'Connor was nominated for four Emmy Awards and won four. He was also nominated for five Golden Globes and received one win. The series concluded in April of 1979, but the story continued later that year through its spin-off "Archie Bunker's Place." The show remained on air for four seasons, ending in 1983. Over the course of its run, it was nominated for five Emmy Awards and one Golden Globe.

In 1988, O'Connor was cast as a hard-line Police Chief Bill Gillespie in the procedural crime drama "In the Heat of the Night." He was an executive producer of the series and decided to cast son, who was struggling with a substance abuse issue at the time, as Officer Jamison. The show was met with positive reception, and it ultimately lasted for eight seasons, ending in 1995. O'Connor was nominated for five Golden Globes, and he won an Emmy for his work in the series. After its conclusion, he had a minor role in a few episodes of the television show "Party of Five" in 1996. He starred in the 1996 television movie "36 Hours to Die," and had a small role in the film "Return to Me," which starred David Duchovny.

O'Connor met Nancy Fields at the University of Montana, and they got married in 1951. While he was filming "Cleopatra" in Rome, they decided to adopt a child and returned to the US with a six-day old son named Hugh. Before O'Connor cast his son as Officer Jamison, Hugh had worked as a courier on the set of "Archie Bunker's Place." In 1995, he died by suicide after a lengthy battle with drug addiction. After his death, O'Connor began appearing in Public Service Announcements warning about drug use. He successfully lobbied for a law that allowed families of drug addicts to sue drug dealers for the cost of treatments, care, and noneconomic damages. It is referred to as the Hugh O'Connor Memorial law. In the late nineties, he and his wife donated over $1.5 million to their Alma Mater, and he began teaching screenwriting at the university. O'Connor died in 2001 due to a heart attack at the age of 76.

For more than 30 years, Carol and Nancy lived in a large home on the highly-desirable Broad Beach Rd. in Malibu. Upon Nancy's passing in 2014 the home was sold for $9.5 million. After a major renovation, in November 2020 the next owners sold the home for $24.8 million.