Carroll Baker net worth: Carroll Baker is an American actress who has a net worth of $4 million. Carroll Baker was born in Johnstown, Pennsylvania in May 1931. She started off on Broadway and was discovered in 1954. Baker starred in the movies Easy to Love, Giant, Baby Doll, The Big Country, But Not For Me, The Miracle, Bridge to the Sun, Something Wild, Station Six-Sahara, How the West Was Won, The Carpetbaggers, Cheyenne Autumn, The Greatest Story Ever Told, Sylvia, Mr. Moses, Harlow, Her Harlem, Jack of Diamonds, The Sweet Body of Deborah, Paranoia, So Sweet…So Perverse, A Quiet Place to Kill, Captain Apache, The Devil with Seven Faces, Knife of Ice, Baba Yaga, The Flower with the Deadly Sting, Andy Warhol's Bad, Cyclone, The World is Full of Married Men, Star 80, Native Son, Ironweed, Kindergarten Cop, and The Game.

Baker also appeared in episodes of the TV series Tales from the Crypt, Murder, She Wrote, L.A. Law, Chicago Hope, and Roswell. She won a Golden Globe Award in 1957 for Most Promising Newcomer and was nominated for an Academy Award the same year. Baker was awarded a Star on the Hollywood Walk of Fame in 1960 at 1725 Vine Street. 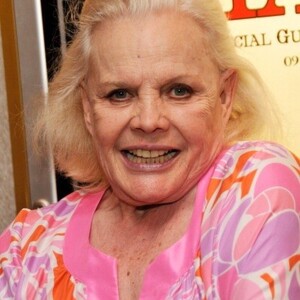