Carrie Preston Net Worth and salary: Carrie Preston is an American actress, director, and producer who has a net worth of $3 million. Carrie Preston was born in Macon, Georgia in June 1967. She started acting in community theater at eight years old graduated from the Juilliard School's Drama Division.

Her debut appearance came in the movie Just a Friend in 1985. In 2001 she starred as B.D. Benson in the TV series Emeril. Since 2010 she has had a recurring role as Elsbeth Tascioni on the series The Good Wife. She has also had a recurring role on the TV series Person of Interest as Grace Hendricks since 2012. One of her best known roles has come starring as Arlene Fowler on the TV series True Blood since 2008. Preston has also starred in the movies My Best Friend's Wedding, The Journey, For Richer or Poorer, Mercury Rising, Guinevere, Cradle Will Rock, The Legend of Bagger Vance, The Stepford Wives, Transamerica, Ready? OK!, Vicky Cristina Barcelona, Doubt, Duplicity, Beneath the Harvest Sky, and Ruth & Alex. Carrie won a Primetime Emmy Award in 2013 for Outstanding Guest Actress in a Drama Series for The Good Wife. She has also won a Satellite Award and Screen Actors Guild Award for True Blood. 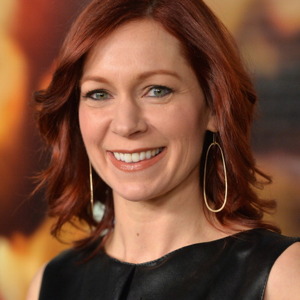