Carrie Keagan net worth: Carrie Keagan is an American television personality, actress, writer, and producer who has a net worth of $3 million. Carrie Keagan was born in Los Angeles, California in July 1980. She first hosted the television series The Menu from 2004 to 2005. Keagan hosted the TV series Listen Up! Live @ NGTV and Hustla's Ball from 2007 to 2008.

From 2007 to 2009 she hosted the series Down & Dirty. Keagan was featured on the television series Chelsea Lately and hosted the TV series In Bed with Carrie from 2007 to 2009. Keagan hosted the series Deep Inside from 2007 to 2010 and VH1 Classic One Hit Wonders from 2008 to 2010. She has also hosted or frequently appeared on the TV series Jump Start Live, The Daily Habit, The Joy Behar Show, Attack of the Show!, Hollywood Uncensored with Sam Rubin, Mob Wives: The Sit Down, Showbiz Tonight, Big Evening Buzz with Carrie Keagan, The Gossip Table, The Talk, Big Morning Buzz Live, Extra, Dr. Drew on Call, Red Eye w/ Tom Shillue, Steve Harvey, Up Close with Carrie Keagan, and more. She will be a contestant on the reality TV series The Celebrity Apprentice in 2017. 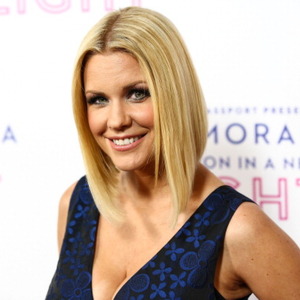