How much is Carrie Fisher Worth?

Carrie Fisher Net Worth: Carrie Fisher was an American actress, novelist, and screenwriter who had a net worth of $25 million at the time of her passing. Fisher is probably best known for playing the iconic role of Princess Leia in the Star Wars film franchise.

Outside of this role, Fisher established herself as a talented writer, penning numerous plays, scripts, and books. She also enjoyed a notable television career as an actress. Over the course of her life, Carrie struggled with bipolar disorder and drug addiction.

Early Life: Carrie Frances Fisher was born on October 21 of 1956 in Burbank, California. Her mother was actress Debbie Reynolds, while her father Eddie Fisher was a singer. They divorced when Carrie was two years old. As a child, she was obsessed with books and used them as a means of escape.

Eventually, Carrie dropped out of high school at age 16 to pursue an acting career, as she had booked a role in the Broadway musical Irene. Eventually, Carrie Fisher studied acting at London's Central School of Speech and Drama and at Sarah Lawrence College.

Career: Carrie Fisher's first big role came in 1974 when she played a seductive teen in the comedy Shampoo. However, her real breakthrough came in 1977 when she joined the cast of Star Wars. Although director George Lucas and most of the cast didn't expect the film to succeed, it became an overnight phenomenon. The film was later retitled Star Wars Episode IV: A New Hope, and Carrie Fisher was instantly elevated to considerable fame.

After the release of A New Hope, Carrie Fisher appeared in TV shows like Ringo, Leave Yesterday Behind, and Come Back, Little Sheba. In the 80s, Fisher appeared in The Blues Brothers before reprising her role as Leia in Star Wars Episode V: The Empire Strikes Back. After appearing in the Broadway production of Agnes is God, she finished off the original trilogy with Star Wars Episode VI: The Return of the Jedi. This film saw the introduction of the "slave Leia" outfit, which became a major pop culture moment. In 1986, she booked a role in Woody Allen's Hannah and Her Sisters. Towards the end of the 80s, Carrie appeared in films like The Time Guardian, When Harry Met Sally, and The 'Burbs. 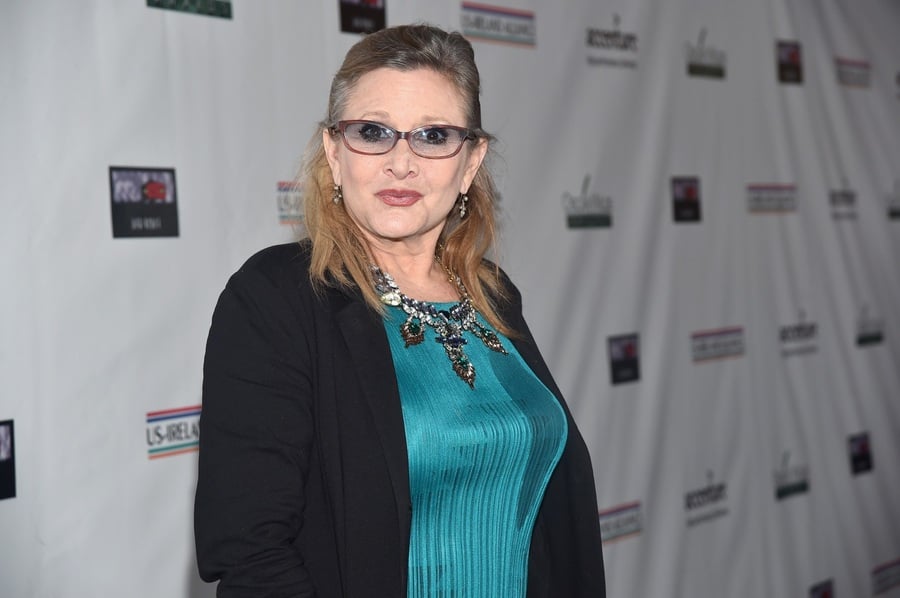 During the 90s, Fisher's autobiography Postcards from the Edge was adapted into a film. Throughout the rest of the decade, she appeared in films like Drop Dead Fred and Austin Powers: International Man of Mystery. In the 2000s, she appeared in Scream 3 before writing and starring in a one-woman play called Wishful Drinking – an adaptation from a book she had written earlier. Towards the end of decade, Fisher appeared in TV shows such as Sex and the City, 30 Rock, and Deal or No Deal. She also had a brief cameo in the film Fanboys.

In 2010, Carrie appeared in an episode of Entourage before booking a role in the British comedy series Catastrophe in 2015. That year, she also reprised her role as Leia in 2015's Star Wars: The Force Awakens. When 2017's Star Wars: The Last Jedi was released, Carrie Fisher had passed away. However, she had completed all of her scenes for the film previously, and the movie was dedicated to her.

Carrie Fisher made one final appearance in the Star Wars franchise with 2019's Star Wars: The Rise of Skywalker. Unused footage from The Force Awakens was used, and her character was killed off. Fisher's likeness was also used in the film Rogue One, and CGI effects were used to "restore" the actress to her young self.

Writing: Not long after the release of Return of the Jedi, Fisher released an autobiography entitled Postcards from the Edge. The book won numerous awards and became a bestseller. In the 90s, she published novels such as Surrender the Pink and Delusions of Grandma. Over the course of her lifetime, Fisher also worked on numerous scripts and wrote various sitcoms. In 2008, she released another autobiography, Wishful Drinking. In 2016, she released The Princess Diarist.

Relationships: Carrie Fisher allegedly had an affair with Harrison Ford over a period of three months during the filming of the original Star Wars movie. Later, she dated musician Paul Simon from 1977 to 1983. Carrie then had a relationship with talent agent Bryan Lourd, and the pair had one child together in 1992. Although she also had a close relationship with James Blunt, she claimed that it was never sexual.

Bipolar Diagnosis and Drug Abuse: In 2007, Fisher revealed that she had been diagnosed with bipolar disorder in an interview for 20/20. In the same interview, she also revealed that she had been struggling with cocaine addiction. She also described her dependence on a drug called Percodan and explained that abusing these drugs helped mitigate the symptoms of her bipolar disorder. In 1985, she accidentally overdosed on a mixture of prescription pills. She recovered after being rushed to the hospital.

Passing: In 2016, Carrie Fisher had a medical emergency during a flight from London to Los Angeles. One passenger reported that she had stopped breathing, prompting another passenger to perform CPR. Emergency crews were waiting when the plane landed, and she was put on a ventilator when she arrived at hospital.

After four days in intensive care, Carrie Fisher passed away. In 2017, it was announced that a cardiac arrest was the official cause of death. Eventually, further statements announced that the exact cause of death could not be determined. Tests discovered a buildup of fatty tissue around her arteries and traces of cocaine, heroin, and MDMA. The day after Fisher passed away, her mother died from a stroke. 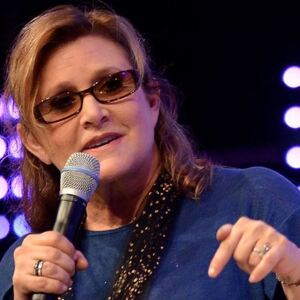