Carrie Bickmore net worth: Carrie Bickmore is an Australian news presenter and television personality who has a net worth of $5 million. Carrie Bickmore was born in Adelaide, South Australia, Australia in December 1980. She studied journalism at the Curtin University of Technology and then moved to Melbourne, Victoria to purse her media career.

She started in radio as a news reader in Perth and then in Melbourne. She was a finalist in the Best News Presenter category at the Australian Commercial Radio Awards in 2005. On television she hosted the TV series Rove Live from 2006 to 2009. From 2009 to 2011 she was a presenter on the television series The 7PM Project. Bickmore presented the TV series The Project from 2011 to 2013. In 2014 she hosted the reality TV series So You Think You Can Dance Australia. In 2010 she won a Logie Award for Most Popular New Female Talent for The 7PM Project. In 2015 Bickmore won Logie Awards for Most Popular Presenter and for Most Popular Personality on Australian Television. 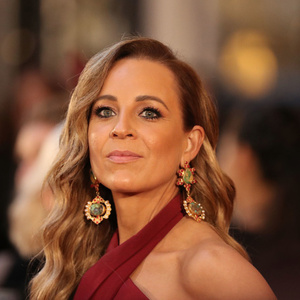