Caroline Sunshine Net Worth: Caroline Sunshine is an American actress, singer, and dancer who has a net worth of $2 million dollars. Sunshine was born in Atlanta, Georgia in September 1995. She is best known for her roles in the film Marmaduke and the television series Shake It Up. She studied ballet at the age of three and starred in Goldilocks in kindergarten.

She performed with the Orange County Children's Theater and the South Coast Performing Arts studio. She starred in productions of Annie Warbucks, The Nutcracker, and Stage Door. At 11 she landed commercials including for Cap'n Crunch and Yoplait Go-Gurt. In 2008 she appeared on the TV series What's the Word and in 2010 she played Barbara Winslow in Marmaduke. She also starred as Lizzie Spitz in the 2010 movie Team Spitz. From 2010 to 2013 Caroline starred as Tinka Hessenheffer in the Disney Channel original series Shake It Up. She has also appeared in the TV series A.N.T. Farm and voiced the role of Alexis in the series Fish Hooks. She will play the lead role of Campbell in the national tour of Bring It On the Musical. She was nominated for the Young Artist Award for Outstanding Young Ensemble in a TV Series for Shake It Up! In 2011 and 2012. She has served as the spokes model for teen fragrance "Puppy Love 4 Girlz". In 2011 she was named by Dream Magazine as one of their "Top 16 Under 16". She released the promotional single "Roam" in 2012 from Disney's Treasure Buddies soundtrack. Sunshine has also starred in the movies The Outfield in 2015 and Mommy I Didn't Do It in 2017. 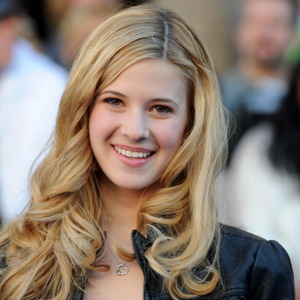