Caroline Flack Net Worth: Caroline Flack was an English television presenter who had a net worth of $8 million dollars at the time of her death in 2020. Caroline was probably best-known for being the one-time host of "Love Island". Unfortunately Caroline Flack died on February 15, 2020 at the age of 40 from an apparent suicide.

Caroline Louise Flack was born in Thetford, Norfolk, England in November 1979. Before she got into acting and presenter she worked in a slaughterhouse. Her first role came in the 2001 TV movie Is Harry on the Boat?. Her breakout role came on the sketch show Bo'Selecta! From 2002 to 2004. Since then she has been a presenter on numerous shows including European Poker Tour, Escape from Scorpion Island, The Most Annoying Pop Songs…. We Hate to Love, TMi, Gladiators, I'm a Celebrity, Get Me Out of Here! NOW!, This Morning, Britain's Got More Talent, The Xtra Factor, and The X Factor. She has worked on Channel 4, E4 Music, BBC Two, CBBC Channel, Sky1, BBC Three, ITV, and ITV2.

Personal Life: Flack dated Harry Styles of the group One Direction and gained criticism for being 14 years older than him. She was at one time in a relationship with music producer Jack Street. She also dated tennis player Lewis Burton. 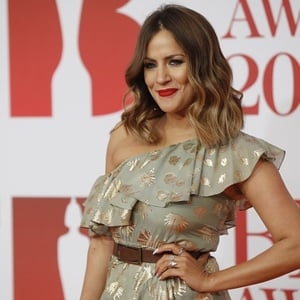