How much is Carolina Bermudez Worth?

Carolina Bermudez net worth: Carolina Bermudeza is a former radio personality who has a net worth of $3 million dollars. Born in Ohio, Carolina Bermudez graduated from Arizona State University, where she majored in Broadcast Journalism. After graduation, she moved to Los Angeles, and focused on acting. While in L.A., she began working for the Latin Billboard Awards, and was subsequently offered a job with WHYI in Miami. After working on the "Kenny and Footy Morning Show" for WHYI in Miami, she was offered a job with "Elvis Duran and the Morning Show" in New York. She relocated, and became one of the most popular radio personalities in the US. In addition to her work on "Elvis Duran", she has also appeared on various entertainment news programs, including "Showbiz Tonight" and "E!News". She also serves as Senior Editor of InTouch Magazine. She made history, when she became the first woman to announce baseball games at Shea Stadium in 2007, and Citi Field 2009. She also played Bianca Morales on the soap opera, "One Life to Live". As of May 2012, she has left the "Elvis Duran and the Morning Show" to pursue a television career. 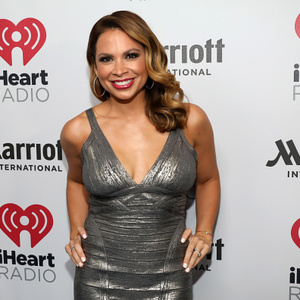