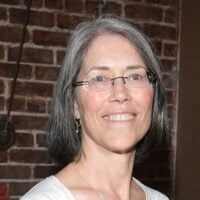 Carol Potter net worth and salary: Carol Potter is an American actress who has a net worth of $3 million. She is best known for playing the role of Cindy Walsh on the television series Beverly Hills, 90210.

Carol Potter was born in New York City, New York in May 1948. Potter made her Broadway debut in Gemini in 1977. From 1981 to 1982 she starred as Maggie Clinton in the TV series Today's F.B.I. Her best known role came starring as Cindy Walsh in the series Beverly Hills, 90210 from 1990 to 1998. From 1997 to 1999 Potter starred as Joan Cummings in the TV series Sunset Beach. She also starred in the movies Dutch Treat, Tiger Heart, and Naturally Native. Potter also appeared in episodes of the TV series One Life to Live, Ryan's Hope, L.A. Law, Providence, NYPD Blue, Crossing Jordan, JAG, Greek, and Medium. She won $124,000 for her charity on an episode of the game show The Weakest Link.