Carlson Young net worth: Carlson Young is an American actress who has a net worth of $4 million. Carlson Young was born in Fort Worth, Texas in October 1990. From 2007 to 2009 she starred as Tiffany Blake in the television series As the Bell Rings. Since 2015 Young has starred as Brooke Maddox in the TV series Scream: The TV Series.

She has also had recurring roles in the TV series Pretty Little Liars, True Blood, Key and Peele, and Last Teenagers of the Apocalypse. Young has starred in the movies Premature and The Night is Young  and has also appeared in episodes of the TV series Heroes, The League, CSI: Crime Scene Investigation, Kroll Show, Grimm, and CSI: Cyber. Carlson is engaged to Isom Innis of the band Foster the People. 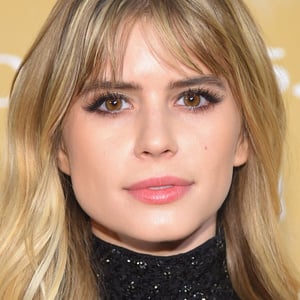