Carlos Leon Net Worth: Carlos Leon is a Cuban American actor and personal trainer who has a net worth of $5 million. Carlos Leon was born in La Habana, Cuba in July 1966. He is perhaps best known for his affair with Madonna that resulted in the couple's daughter Lourdes.

Leon had a recurring role of Freddie in the television series Nash Bridges from 1996 to 1997. From 2000 to 2003 he had a recurring role as Carlos Martinez in the TV series Oz. Leon has starred in the movies The Replacement Killers, The Big Lebowski, The Last Marshal, Tyrone, Empire, Big Apple, The Woodsman, She Hate Me, The Cry, The Echo, Tricks of Love, Immigration Tango, Smoking/Non-Smoking, Tio Papi, and Thinking with Richard. Leon has also appeared in episodes of the TV series CSI: Miami, CSI: NY, Law & Order: Criminal Intent, Law & Order, Law & Order: Special Victims Unit, Ugly Betty, White Collar, and Person of Interest. 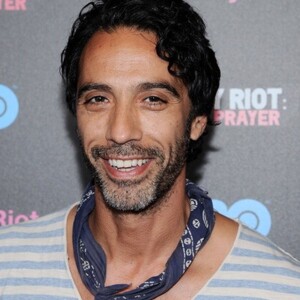