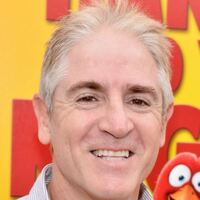 Carlos Alazraqui net worth: Carlos Alazraqui is an American standup comedian, actor, voice actor, singer, producer, and screenwriter who has a net worth of $4 million. Carlos Alazraqui was born in Yonkers, New York in July 1962. He is best known for starring as Deputy James Garcia on Reno 911!. Alazraqui has more than 300 acting credits to his name with many of them being voice roles. He has provided voice roles for TV series including Rocko's Modern Life from 1993 to 1996, Detention from 1999 to 2000, Mucha Lucha from 2002 to 2004, CatDog from 1998 to 2005, Camp Lazlo! from 2004 to 2008, and more. He starred as Deputy James Garcia on the television series Reno 911! from 2003 to 2008. Carlos Alazraqui has also voice roles including Leslie P. Lilylegs on New Looney Tunes, Denzel Crocker and Juandissimo Magnifico on The Fairly OddParents, Mr. Weed in Family Guy, and the Taco Bell chihuahua in commercials. He won Behind the Voice Actors Awards in 2013 and 20124 for Justice League: Doom.