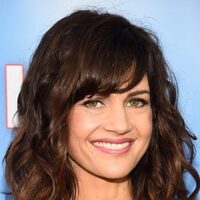 Carla Gugino net worth and salary: Carla Gugino is an American actress who has a net worth of $14 million dollars. Born August 29, 1971 in Sarasota, Florida, Carla Gugino is best known for her roles as Ingrid Cortez in the Spy Kids film trilogy. She began her career in the late '80s and early '90s on television shows such as Saved by the Bell, Who's the Boss?, ALF, Doogie Howser, M.D., The Wonder Years, a recurring role on Falcon Crest, a bit part in Ferris Bueller, a role on Chicago Hope, Californication, Justified and New Girl. She also played Michael J. Fox's love interest, Ashley Schaeffer, during the first season of the sitcom Spin City (1996). Gugino appeared in two short-lived television series: Karen Sisco (2003) and Threshold (2005). Her film career, apart from Spy Kids, includes Snake Eyes, Sin City, Night at the Museum, The Unborn, Sucker Punch, New Year's Eve, Man of Steel, American Gangster and many others. She has received several major award nominations during her career including a Blockbuster Entertainment Award nomination for Favorite Supporting Actress in a Suspense for Snake Eyes (1999) and a Screen Actors Guild nomination for Outstanding Performance by a Cast in a Motion Picture for American Gangster (2008). Carla Gugino has been in a relationship with her collaborator, writer/producer/director Sebastian Gutierrez since 1996. The couple have no plans to marry and Gugino has in fact been quoted as saying that they like being boyfriend and girlfriend.