Carla Gallo Net Worth:Carla Gallo is an American actress who has a net worth of $2 million. Carla Gallo was born June 24, 1975 in Brooklyn, New York. A graduate of Cornell University (Ithaca, New York), Gallo majored in theater. She is noted for her roles in the television series Undeclared, Carnivàle, Bones and in the independent film Spanking the Monkey, where she garnered major public attention.

Her later film efforts were in such comedies as Superbad, Forgetting Sarah Marshall and Funny People. She also had a supporting role in the 2005 action flick Mission: Impossible III. Gallo is perhaps best known for her work on television and she later held recurring roles in Californication and TNT's Men of a Certain Age. Her other television appearances include Law & Order, ER, What About Brian, Crossing Jordan, House M.S., NCIS, Outsourced, Traffic Light, 2 Broke Girls and others. Her other film credits include The 24 Hour Woman, The Gray in Between, Sexual Life, The 40-Year-Old Virgin, Insanitarium, I Love You, Man and others. In an E! Entertainment interview in April of 2014, she revealed that she was six months pregnant. She most recently appeared in the 2014 film Neighbors. 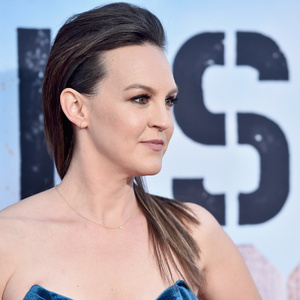