Carl Weathers Net Worth and Salary: Carl Weathers is an American actor, director, producer, and retired football player who has a net worth of $8 million. Weathers played football for the Oakland Raiders and B.C. Lions in the early '70s, and after retiring in 1974, he decided to pursue a career in acting. Carl has 75+ acting credits to his name, and his notable roles include Apollo Creed in the "Rocky" films (1976–1985), Colonel Al Dillon in "Predator" (1987), Jericho "Action" Jackson in "Action Jackson" (1988), and Chubbs Peterson in "Happy Gilmore" (1996). Weathers also played a fictionalized version of himself on four episodes of the critically-acclaimed series "Arrested Development" (2004; 2013), and he began playing Greef Karga on the Disney+ series "The Mandalorian" in 2019. Carl has directed episodes of several television shows, including "Silk Stalkings" (1993–1997), "Hawaii Five-0" (2019), and "Chicago Med" (2021), and he served as a producer on the TV movie "The Defiant Ones" (1986), the TV series "Fortune Dane" (1986), and the miniseries "Always Night" (2013). He also wrote and produced the 2018 short film "A Burger and a Bullet."

Early Life: Carl Weathers was born on January 14, 1948, in New Orleans, Louisiana. Carl's father worked as a day laborer. Weathers received an athletic scholarship to a private school, St. Augustine High School, when he was in eighth grade, and he participated in football, soccer, wrestling, boxing, judo, and gymnastics. The family later moved to Southern California, where Carl attended Long Beach Polytechnic High School. In 1966, he enrolled at Long Beach City College, then transferred to San Diego State University. In 1974, Carl earned a bachelor's degree in drama.

Football Career: In college, Weathers was a defensive end on the football team. Though he was on the football team at Long Beach City College, he wasn't able to play in 1966 because he tripped over a curb near the running track and injured his ankle. After transferring to San Diego State University, he was a letterman for the school's football team, the Aztecs, in 1968 and 1969, and he helped them win the Pasadena Bowl in 1969. Carl was ranked #18 in the Final UPI Poll, and in 1970 he signed as a free agent with the Oakland Raiders. He was a linebacker for the team, playing in seven games in 1970 and one game in 1971. He helped the Raiders win the 1970 AFC West Division title, but the team released him in 1971, and he signed with the Canadian Football League team the BC Lions. Carl stayed with the Lions from 1971 until 1973, playing in 18 games, and he retired from football in 1974. During the 1999, 2000 and 2001 seasons, he narrated NFL Films' season recaps, and in 2017, he appeared in pre-draft coverage on the NFL Network. 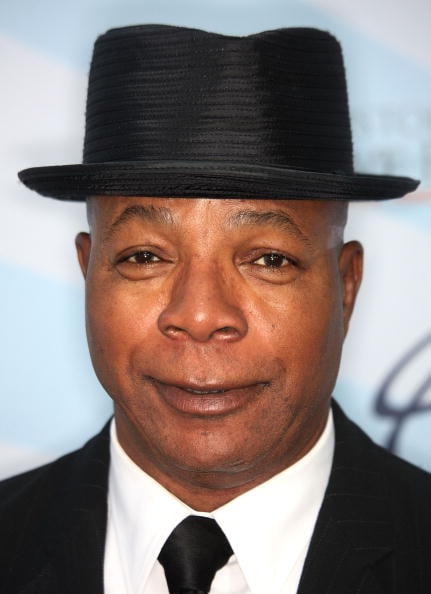 Personal Life: Carl married Mary Ann Castle on February 17, 1973, and they welcomed sons Matthew and Jason before divorcing in 1983. He wed Rhona Unsell on February 20, 1984, and after their 2006 divorce, Weathers was married to Jennifer Peterson from March 2007 until early 2009.

Awards and Nominations: In 1988, Weathers earned an NAACP Image Award nomination for Outstanding Actor in a Motion Picture for "Action Jackson." In 2014, he won a Behind the Voice Actors Award for Best Male Vocal Performance in a TV Special/Direct-to-DVD Title or Short for "Toy Story of Terror!," and Carl and his castmates received a nomination for Best Vocal Ensemble in a TV Special/Direct-to-DVD Title or Short. In 2016, Weathers was inducted into the International Mustache Hall of Fame. 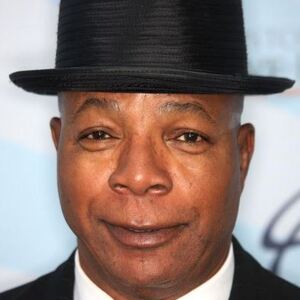