Carl Lumbly Net Worth: Carl Lumbly is an American actor who has a net worth of $2 million dollars. Carl Lumbly was born in Minneapolis, Minnesota in August 1951. Carl was born to Jamaican immigrants. He graduated from Macalester College in St. Paul, MN. He started his career as a journalist.

He was assigned to do a story about a workshop theatre and ended up staying with the improv company for two years. His first role was in the TV series Emergency! In 1978. Lumbly's first major role came in the TV series Cagey & Lacey as Detective Mark Petrie from 1981 to 1988. From 1989 to 1990 he played Early Williams on L.A. Law. Carl starred as Dr. Norris on Going to Extremes from 1992 to 1993. He played Mayor Christian Davidson on EZ Streets from 1996 to 1997 and Dr. Miles Hawkins on M.A.N.T.I.S. from 1994 to 1997. Lumbly provided voices for the animated series Justice League from 2001 to 2006. During the same years he starred as Marcus Dixon on the TV series Alias. Lumbly has been nominated for a Black Reel Award, two CableACE Awards, and an Image Award. He won a Los Angeles Drama Critics Circle Award for Lead Performance in Eden in 1980. 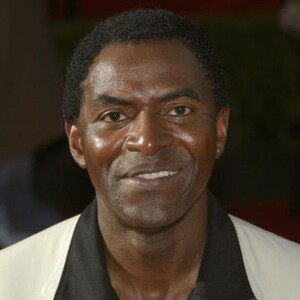