Carey Mulligan Net Worth and salary: Carey Mulligan is a British actress who has a net worth of $16 million. Carey Mulligan first gained international attention from movies roles such as Kitty Bennet in Pride & Prejudice, her Broadway debut in The Seagull, and television roles in the BBC Charles Dickens adaptation Bleak House.

Carey Mulligan was born in London in 1985 and developed a passion for acting at a young age. She failed to get accepted into the London drama schools she applied to, but was able to land an audition for "Pride & Prejudice", in which she would later be cast as Kitty Bennett. The former pub maid had several on-stage roles before appearing in the Jane Austen adaptation in 2005. She would go on to land parts in "Bleak House" on the BBC, "My Boy Jack" and "The Seagull". Her first starring role was in an independent movie in 2009 ("An Education"), a BAFTA-winning part that earned her nominations for an Oscar, a SAG, and a Golden Globe. She'd go on to star opposite Leonardo DiCaprio in "The Great Gatsby" in 2013. Mulligan's other film credits include "Brothers", "Public Enemies", "Never Let Me Go", "Wall Street: Money Never Sleeps", "Drive", "Shame" and "Inside Llewyn Davis". She is an activist for the Safe Project, designed to bring attention to the realities of sex trafficking, and is an ambassador to the Alzheimer's Society. Mulligan married childhood friend rock star Marcus Mumford of Mumford & Sons in 2012. 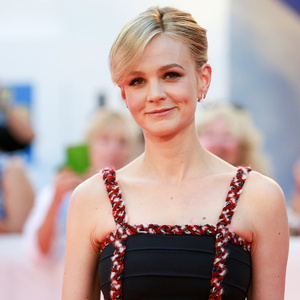