How much is Carel Struycken Worth?

Carel Struycken net worth: Carel Struycken is a Dutch actor who has a net worth of $3 million. Carel Struycken was born in The Hague, Netherlands in July 1948. He is known for his height which is 7'0″. Struycken had a recurring role as The Giant on the television series Twin Peaks from 1990 to 1991. He also had a recurring role as Mr. Homn on the TV series Star Trek: The Next Generation from 1987 to 1992. Struycken starred as Lafayette on the series De erfenis in 2004. In 2017 he starred as The Fireman on the television series Twin Peaks. Struycken is known for starring as Lurch in the movies The Addams Family in 1991, Addams Family Values in 1993, and Addams Family Reunion in 1998. He also appeared in several other films including Sgt. Pepper's Lonely Hearts Club Band, Go West, Young Man, Die Laughing, Ewoks: The Battle for Endor, The Witches of Eastwick, Men in Black, and more. 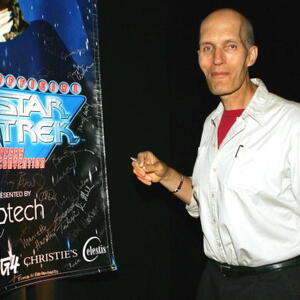