Cantinflas Net Worth: Cantinflas was a Mexican actor, producer, and screenwriter who had a net worth of $5 million. Cantinflas was born in Mexico City, Mexico in August 1911 and passed away in April 1993. Cantinflas became associated with Mexico's national identity and was a pioneer of cinema in Mexico who helped usher in the golden era.

In addition to acting in Mexico he also made a foray into Hollywood. Charlie Chaplin called Cantinflas the best comedian alive and he has been called the "Charlie Chaplin of Mexico". Cantinflas is best remembered by American audiences for co-starring with David Niven in Around the World in 80 Days for which he won a Golden Globe Award for Best Actor – Motion Picture Musical or Comedy. He was also involved in business and politics. He was a spokesman and helped spur a campaign against charrismo's practice of controlling unions. Cantinflas also starred in the American films The Great Sex War and Pepe. He was awarded a Star on the Hollywood Walk of Fame at 6438 Hollywood Blvd. in 1960. He is remembered in the 2014 film Cantinflas. 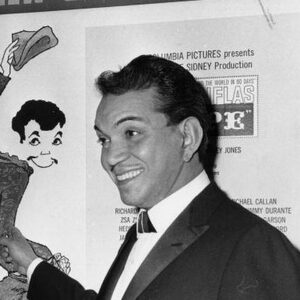