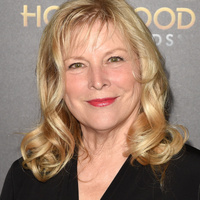 Candy Clark net worth: Candy Clark is an American actress who has a net worth of $3 million. Candy Clark was born in Norman, Oklahoma in June 1947. She is best known for starring as Debbie in the movie American Graffiti in 1973. Clark has also starred in the films Fat City, The Man Who Fell to Earth, Handle With Care, The Big Sleep, More American Graffiti, Q, National Lampoon's Movie Madness, Blue Thunder, Amityville 3-D, The Blob, At Close Range, Cool as Ice, Radioland Murders, Niagara, Niagara, The Big empty, Zodiac, and 5 Weddings. Clark won a Saturn Award in 1984 for Best Supporting Actress for Blue Thunder. She was nominated for an Academy Award for Best Actress in a Supporting Role for American Graffiti in 1974.