Candis Cayne net worth: Candis Cayne is an American actress and performance artist who has a net worth of $500 thousand. Candis Cayne was born in Maui, Hawaii in 1971. She has been known since the 1990s in the New York City nightclub scene. Her role in the television series Dirty Sexy Money made her the first transgender actress to have a recurring role as a transgender character in a primetime TV series.

Cayne moved to New York City and became a choreographer and drag performer. Her best known role came starring as Carmelita in the TV series Dirty Sexy Money from 2007 to 2008. Cayne has starred in the movies Stonewall, To Wong Foo Thanks for Everything, Julie Newmar, Always Something Better, Mob Queen, Charlie!, Starrbooty, Libanese Loira, Meth Head, and Crazy Bitches. She has also appeared in episodes of the TV series New York Undercover, CSI: NY, Nip/Tuck, Drop Dead Diva, Necessary Roughness, and Elementary. 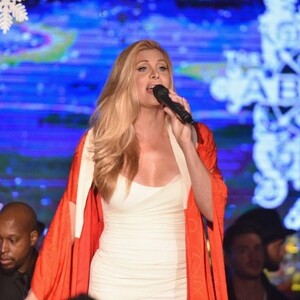