What is Candice Bergen's net worth and salary?

Candice Bergen is an American actress, producer and former fashion model who has a net worth of $50 million. Candice Bergen can credit her net worth to her many talented performances in TV sitcoms and movies. She is probably best known for starring in "Murphy Brown." The show aired 247 episodes between 1988 and 1998 and was revived for 13 episodes in 2018. Candace won five Emmy awards for her work on the show. According to legend she actually asked to stop being nominated to give other actresses a chance.

It should be noted that Candice's husband Marshall Rose is an extremely wealthy real estate developer. They have been married since 2000 and own homes around the country.

She was born Candice Patricia Bergen on May 9, 1946, in Beverly Hills, California. Her mother was a model and her father, Edgar Bergen, was a famous actor/comedian/ventriloquist. She was raised in Beverly Hills where she attended Harvard-Westlake School. When she was 11 years old, Candice made appearances on her father's radio and TV programs. She also appeared with her father on Groucho Marx's quiz show "You Bet Your Life."  She attended the University of Pennsylvania where she won Miss University and Homecoming Queen. Unfortunately, she started neglecting her studies and failed two courses in art and opera. She was asked to leave at the end of her second year. She would ultimately go on to receive an honorary doctorate from the school in May 1992 at the height of her fame.

After leaving college, Bergen then began working full-time as a professional model making appearances on the cover of magazines such as Vogue. At this time, she was taking acting lessons at HB Studio in New York City.

She made her acting debut when she played a university student in the 1966 movie "The Group," directed by Sidney Lumet, a family friend. The film was a major financial and critical success. After the film's success, Bergen focused on her acting career. The same year she appeared in "The Sand Pebbles" opposite Steve McQueen. This movie was nominated for several Academy Awards and launched her career. She next starred in 1967's "The Day the Fish Came Out", distributed by Fox. Although the film was a box office flop, Fox signed Bergen to a long-term contract.  She would go on to appear in many films and TV shows, notably "Getting Straight" and "Soldier Blue" in 1970, 1971's "Carnal Knowledge", for which she received overwhelmingly positive reviews," "The Wind and the Lion" (1975), "Gandhi" (1982) and "Starting Over" (1979), for which she earned an Academy Award nomination.

Candace is probably most famous for her role as broadcast journalist Murphy Brown in the show of the same name which ran from 1988 to 1998 and then was re-booted in 2018. Although a comedy, the show tackled important issues. Candace played a tough television reporter who was a recovering alcoholic, a single mother, and later battled breast cancer. The show ran for ten seasons. Bergen was nominated for an Emmy award for Lead Actress in a Comedy Series and won five. After her fifth win, Bergen declined future nominations for the role. On the side, Bergen produced and starred in the movie "Mary & Tim" in 1996. 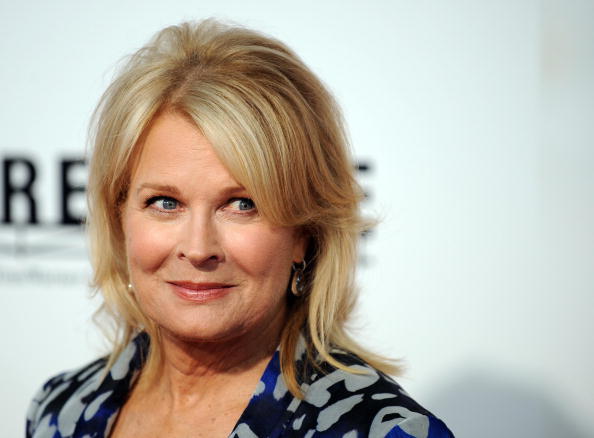 After she played Murphy Brown, Bergen was offered a chance by CBS to work as a real-life journalist when they approached her to cover stories for "60 Minutes." She declined the offer, citing that she didn't want to blur the lines between actor and journalist.

Later in her career, she could be frequently seen playing an authority figure or social status symbol, like in Miss Congeniality (2000) and Sweet Home Alabama (2002). In 2003, she appeared in "View from the Top." She also hosted "Exhale with Candice Bergen" on the Oxygen network. Contemporary audiences will probably recognize her as high-powered lawyer Shirley Schmidt, on the hit comedy-drama series "Boston Legal", which earned her a Golden Globe and two Emmy nominations, as well as a Screen Actors Guild Award. She played the role for five seasons.

After her run on "Boston Legal," Bergen had many guest-starring roles on other TV shows and appeared in the movie "Bride Wars" in 2009. She also contributed to wowOwow.com, a website for women to talk about culture, politics, and gossip. In 2010, she was in "The Romantics" and played an occasional role on "House." Later that year, she starred in a one-night-only concert, a staged reading of "Evening Primrose" by Stephen Sondheim. In 2012, she appeared on Broadway for the first time in the revival of Gore Vidal's "The Best Man" and made another Broadway appearance in 2014's "Love Letters." In 2018, it was announced that Bergen would reprise her role as Murphy Brown on a CBS reboot. On May 10, 2019, the reboot was canceled by CBS after just one season.

At the peak of the series, Candice was one of the highest-paid actors on television. Her salary per episode of "Murphy Brown" was $250,000.

Candice dated a number of prominent men including having at least one date with Henry Kissinger. She married French film director Louis Malle in 1980. The two had a daughter in 1985. They remained married until Malle's death from cancer on Thanksgiving day in 1995. She married real estate magnate and philanthropist Marshall Rose in 2000.

In the late 1960s she dated music producer Terry Melcher, the son of singer/actress Doris Day. At one point Charles Manson was an aspiring musician who thought Terry could help launch his career. Manson even showed up to the house Melcher and Bergen shared at 10050 Cielo Drive, in Los Angeles to pitch his music. This is the same house that would later be occupied by actress Sharon Tate and director Roman Polanski. On August 9, 1969, Manson's followers murdered Tate and several of her house guests at the mansion. There has long been speculation that Manson thought Melcher and Bergen still lived at the property and this was revenge for rejecting his music. It has later been made clear that Manson knew Melcher and Bergen were no longer living there but that anyone who could afford such a nice house would make an adequate victim for his maniacal plans.

She and second-husband Marshall Rose own homes in East Hampton, New York, Montecito, California and an apartment in New York City that is likely worth north of $20 million. Marshall has owned the NYC apartment since the 1970s. Jacqueline Kennedy Onassis lived in the same building for the last three decades of her life.

In December 2020 they listed their East Hampton home for $18 million. Marshall actually acquired this property in the 1980s when he was married to his previous wife Jill. Jill died in 1996. Marshall and Candice married in 2000. In 2004 Candice and Marshall began a major renovation of the property. 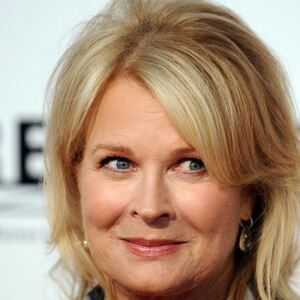