Camilla Luddington was born in Ascot, Berkshire, England in December 1983. She married Matthew Alan in 2019. Luddington made her debut in the short A Couple of White Chicks at the Hairdresser in 2007. In 2012 she starred as Lizzie on the television series Californication. Luddington starred as Claudette on the TV series True Blood in 2012. In 2012 she began starring as Dr. Jo on the series Grey's Anatomy. Camilla Luddington has appeared in films including The Pact 2 and The Healer. She has also appeared in episodes of the TV series The Forgotten, CSI: Crime Scene Investigation, Days of Our Lives, Big Time Rush, and more. She starred as Lara Croft in the video game Tomb Raider and won a Gamer's Choice Award for the role.

Real Estate: In 2017, while still not legally married, Camilla and Matthew paid $1.2 million for a home in Sherman Oaks, California. They listed the home for sale in September 2020 for $1.5 million. 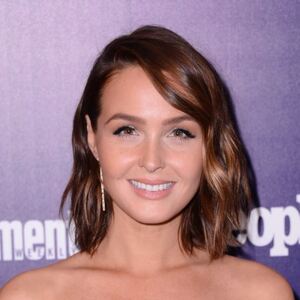