What is Camilla Belle's Net Worth and Salary?

Camilla Belle is an American actress  and fashion model who has a net worth of $3 million dollars. After making her big-screen debut in the 1995 family drama film "A Little Princess," she went on to appear in such movies as "The Lost World: Jurassic Park," "The Patriot," "The Chumscrubber," "When a Stranger Calls," and "Diablo." Belle has also been in a number of television films, and has graced the covers of myriad fashion magazines.

Camilla Belle was born on October 2, 1986 in Los Angeles, California to Jack, a country music composer and performer, and Deborah, who hailed from Brazil. Growing up, she spoke both English and Portuguese. As a teen, Belle went to Marlborough School, an all-girls college preparatory school in Los Angeles.

In 1995, Belle made her feature film debut with a small part in Alfonso Cuarón's "A Little Princess," based on the eponymous novel by Frances Hodgson Burnett. Her next big-screen role was as wealthy British girl Cathy Bowman in Steven Spielberg's 1997 blockbuster science-fiction sequel film "The Lost World: Jurassic Park." Belle followed this with a big year in 1998, appearing in three films: the fantasy romcom "Practical Magic," in which she played the young version of Sandra Bullock's character; the action thriller "The Patriot," in which she played the daughter of Steven Seagal's character; and the fantasy adventure flick "Secret of the Andes," which gave Belle her first leading role in a major motion picture. For her performance in "Practical Magic," she earned a Youth in Film Young Artist Award nomination in 1999.

In 2001, Belle played the young version of Jordana Brewster's character in the drama "The Invisible Circus," which also starred Cameron Diaz, Christopher Eccleston, and Blythe Danner. Four years later, she had starring roles in three films: the drama "The Ballad of Jack and Rose," the suburban satire "The Chumscrubber," and the psychological thriller "The Quiet," costarring Elisha Cuthbert. In 2006, Belle had another leading role in the remake of the horror thriller "When a Stranger Calls." She followed this with a starring role in Roland Emmerich's prehistoric action-adventure fantasy "10,000 BC"; although the film was critically reviled, it became Belle's biggest box-office hit yet. Subsequently, she starred in the superhero thriller "Push," the Brazilian drama "Adrift," and the dramedy "Father of Invention." Belle's other credits have included "From Prada to Nada," "Breakaway," "Open Road," "Cavemen," "Amapola," "Diablo," "The American Side," and "Sundown." 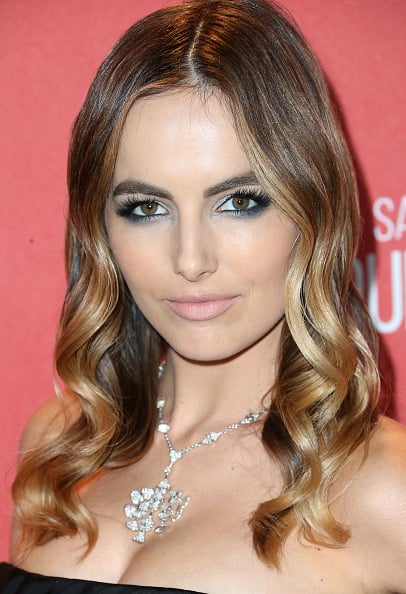 Belle appeared in a number of television films throughout the 90s. Her first was the 1993 NBC thriller "Trapped Beneath the Earth." She was next in "Empty Cradle," "Deconstructing Sarah," "Annie: A Royal Adventure!," and "Marshal Law." In 1998, Belle earned acclaim for her guest appearance on the action crime series "Walker, Texas Ranger"; for her performance, she received her second Youth in Film Young Artist Award nomination. Further nominations followed shortly after for her performances in Joyce Chopra's television films "Replacing Dad" and "Rip Girls," the latter of which starred Belle as a teenage girl who inherits an abandoned Hawaiian plantation from her great aunt. In 2001, Belle had another leading role in the television film "Back to the Secret Garden," a sequel to the Hallmark film "The Secret Garden."

Among her other television credits, Belle lent her voice to episodes of the animated children's series "The Wild Thornberrys" and "Mickey and the Roadster Racers." In 2019, she had a guest role in the first season of the Hulu comedy series "Dollface."

Beyond film and television, Belle has had a successful career as a fashion model. She has graced the covers of such fashion publications as Elle, Teen Vogue, Nylon, Ocean Drive, Harper's Bazaar, Lucky, Glamour, and Tatler. Additionally, she has been a regular guest star at various fashion events, including New York Fashion Week. Meanwhile, as a spokesmodel, she was the face of Vera Wang's Princess fragrance, appearing in television and print advertisements from 2006 to 2009.

Belle has appeared in a number of music videos throughout her career. Her first was in 1993 for Gloria Estefan's cover of "This Christmas." Belle didn't return to music videos until 2008, when she was in the video for the Jonas Brothers' "Lovebug." She subsequently appeared in the music videos for Akshay Kumar's "Shera di Kaum," featuring Ludacris; Vinay Virmani's "Ne Aaja Veh"; and Enrique Iglesias' "Heart Attack," released in 2013.

From 2008 to 2009, Belle was in a relationship with singer, songwriter, and actor Joe Jonas, whom she had met while performing in the Jonas Brothers' "Lovebug" music video. 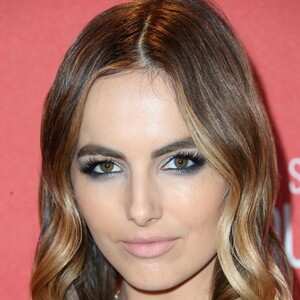